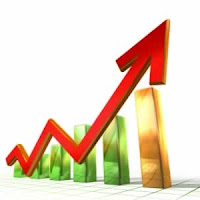 Responding to the earlier reported high rise in requests for interim measures, the Court has recently issued new instructions on such measures. They specifically relate to request concerning suspension of expulsions, which take up a big part of the total number of such requests. The instructions specifically indicate that the requests should include specifics and should be timely. They also indicate that they should be sent by fax or post, not email (sic!). In order to avoid problems with timing, lawyers of applicant are requested to keep a watchful eye. For example:

Where the final domestic decision is imminent and there is a risk of immediate enforcement, especially in extradition or deportation cases, applicants and their representatives should submit the request for interim measures without waiting for that decision, indicating clearly the date on which it will be taken and that the request is subject to the final domestic decision being negative.

The Court re-emphasizes that it is not an appeal tribunal for domestic courts.

The Court has also published specific statistics on the decisions on interim measures in the first half (1 January to 30 June) of 2011. These statistics clearly show that of the over 1250 decisions by the Court on requests for interim measures on expulsions, only approximately 20% were positive - that is, accepting the request. Between the lines of the charts the message seems to be: chances of success are not too big. The statistics show both from which ECHR state parties the requests originated (i.e. applicants complaining against those countries) and the states to which expuslion was due. They show that of the accepted requests, the number one country to which expulsion was looming is a ECHR state party itself: Greece. The M.S.S. v. Belgium and Greece case of January thus has had immediate effects on practice. The only two other ECHR state parties featuring in that same list are Russia and Italy. For anyone following refugee and migratory patterns, it may not come as a surprise that Iraq and Afghanistan feature in the top 5 - both of accepted and of refused requests for measures by the way. Such statistics will be published every six months from now on.

Both the new instructions and the statistics are part of a larger move of the Court to increase the level of specific and accessible information, especially to applicants and their lawyers. More information, it is assumed, will make people think twice before launching themselves in a Strasbourg legal adventure. Such attempts have their limits, however - Strasbourg can only do so much. The probability of success hinges to a much greater degree on national education and information initiatives and eventually on national steps to strengthen human rights protection. In any event, these new instructions will certainly not be the end of the story.
Geplaatst door Antoine Buyse