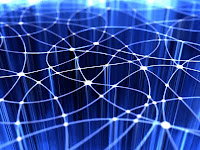 Bert-Jaap Koops (Tilburg Institute for Law, Technology and Society) and Jasper P. Sluijs (Tilburg Law and Economics Center) have published a working paper on SSRN on what might to many perhaps be a surprising angle to approach the ECHR. It's entitled 'Network Neutrality and Privacy According to Art. 8 ECHR'. This is the abstract:

This article presents a structured approach to studying the privacy implications of the network neutrality debate according to art. 8 of the European Convention of Human Rights (ECHR). Network neutrality is a topic discussed in telecommunications policy circles, on how actively Internet Service providers (ISPs) may manage the traffic of content on their networks. While more active network management may lead to more efficient bandwidth allocation, it also strengthens the gate keeping position of ISPs — with possible negative effects in terms of fairness. It is often alleged in European public interest circles that network management that goes beyond ‘neutral’ handling of traffic violates the privacy of Internet users. However, such claims are mostly rhetorical in character and are typically not supported by legal research. We attempt to fill this lacuna by comparing network neutrality related privacy claims to art. 8 ECHR case law. Our findings suggest that an art. 8 ECHR violation due to network management is not as straightforward as sometimes assumed, and mainly depends on the form and technique of network management, and the level of State involvement in network management.