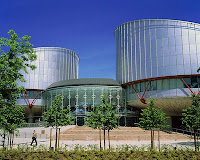 Emma Bonino (member of the Italian Senate and former European commissioner) and James Goldston (executive director of Open Society Justice Initiative) have added their voices to the debate about the European Court of Human Rights. In an Op-Ed published in the online journal European Voice they plead for an independent and strong Court. Here is the first paragraph of the text - the rest can be found on the website of the European Voice:

The UK has yet to put forward firm proposals, but the coalition government has indicated it is considering, among others, steps to give the court more control over its overwhelming docket. This UK government is not the most likely champion of the ECHR: David Cameron, the prime minister, has made it clear he thinks the ECHR has overreached itself, most famously in a 2005 ruling against a blanket British ban on prisoners' voting, which the UK has yet to implement. But what is more important than the specifics presented by the UK is the broader impetus behind the proposals, which would in any case require the approval of all 47 member states. This push to reduce the Court's caseload, and other problems, may determine whether the Strasbourg Court lives or dies.