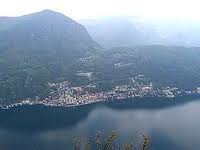 Earlier this month, the Grand Chamber of the Court issued delivered its judgment in the case of Nada v. Switzerland. A long-awaited judgment, since it deals with the implementation of a UN Security Council resolution by one the state parties to the ECHR (see my earlier notification here). The case concerns a businessman of Italian and Egyptian nationality placed on the UN anti-terrorism sanctions list for several years. What makes the facts peculiar is that the applicant lives in the Italian enclave of Campione d'Italia, a small 1.6 sq. km enclave on Lake Lugano, surrounded by a Swiss canton. Since the sanctions imposed a prohibition on transit, Nada was de facto rarely able to leave the small emclave to visit family or friends. The Grand Chamber (unanimously) found violations of both Article 8 ECHR (respect for private and family life) and Article 13 ECHR (effective remedy).

As to Article 8, the Court held that the measures did indeed interfere with his family and private life, also taking into account Nada's health situation: it had become more difficult to maintain contact with others. The core of the matter was in the Court's view that the implementation measures taken against Nada were not proportionate and that Switzerland should have taken the very special situation of him living in the enclave into account. Finally, the considerable duration of the measures (several years) could have been shortened if Switzerland had at an earlier stage interverned with the sanctions committee to plead for removal from the sanctions list (something Italy did succesfully a few years later - this makes it a pity that the complaint was not also directed against Italy, which would have enabled the Court to pronounce itself more explicitly on any possible shared responsibilities in this respect). The Court distinguished the case from its Al-Jedda judgment (about internment of prisoners in Iraq) of last year since in the Nada case the relevant UN resolutions did include explicit language about measures capable of breaching human rights, such as the travel ban. Nevertheless, after a detailed fleshing out of the relevant UN SC resolution the Court held that Switzerland still had some freedom of implementation ("limited but neverthelss real" , para. 180). As Marko Milanovic rightly notes in his comment on the case on EJIL Talk!, the judgment is important but not as important as it could have been, since the Court avoided to go into the principled issue of what should be done when there is an clear conflict between a UN Security Council resolution under Chapter VII of the UN Charter and the European Convention. This is the so-called Article 103 issue (named after the provision in the UN Charter which provides as follows: "In the event of a conflict between the obligations of the Members of the United Nations under the present Charter and their obligations under any other international agreement, their obligations under the present Charter shall prevail"). By interpreting the resolution and the ECHR as harmoniously as possible, the Court left that Gordian knot intact and to be cut at a later occasion. As the Court stated (paras 196-197):


196. In the light of the Convention’s special character as a treaty for the collective enforcement of human rights and fundamental freedoms, the Court finds that the respondent State could not validly confine itself to relying on the binding nature of Security Council resolutions, but should have persuaded the Court that it had taken – or at least had attempted to take – all possible measures to adapt the sanctions regime to the applicant’s individual situation.


197. That finding dispenses the Court from determining the question, raised by the respondent and intervening Governments, of the hierarchy between the obligations of the States Parties to the Convention under that instrument, on the one hand, and those arising from the United Nations Charter, on the other. In the Court’s view, the important point is that the respondent Government have failed to show that they attempted, as far as possible, to harmonise the obligations that they regarded as divergent.

Whatever room for manoeuvre there is for the state should thus be used and state parties should not too readily assume that SC resolutions clash openly with human rights and that therefore they have no latitude in mitigating human rights effects. A good principle, but when looking at the text of the UN resolution (No. 1390 of 2002) at stake, not entirely convincingly argued. The concurring judges (no less than seven) agreed with the outcome but where not convinced by various aspects of the Court's reasoning on the Article 8 aspect, primarily this finding that Switzerland still had some real latitude in implementing the Security Council's resolutions.

On the right to an effective remedy, the Grand Chamber found a violation since the Swiss domestic court had heard his case but did not find itself competent to lift the sanctions against him. Rather, it held that only the UN sanctions committee could do so (Switzerland only implementing the decisions of that latter body). This left Nada without a possibility to obtain his removal from the Swiss list (which reflected the UN one). The Grand Chamber found that the UN Security Council resolutions did not prevent national courts from verifying national implementation measures. See also the incisive comments of Tobias Thienel on the blog of the Netherlands School of Human Rights here. He notes:


Regarding the right to an effective remedy (Article 13 ECHR), the problem was that the Swiss Federal Court had declined to strike down any of the UN sanctions as contrary to Swiss human rights law. In this regard, the Court followed Kadi in holding that UN law did not prevent judicial review of the domestic implementation of sanctions. In effect, it appears that the European Court has not taken a Kadi approach itself, but has mandated domestic courts to take it in domestic law. If so, this is quite interesting. The Court appears to have overcome its own international limitations by putting itself in the shoes of a domestic judge, through a review of that judge’s jurisdiction under Article 13.

As a sidenote: both the United Kingdom and France intervened. Italy, of whom Nada was a citizen, did not. In addition, the human rights NGO Justice was given leave to intervene (see their intervention). The webcast of the hearing in the case of March 2011 can be found here. Finally, for some reports in the Swiss press, see here (Le Temps), here (Le Matin), and here (Neue Zürcher Zeitung).
Geplaatst door Antoine Buyse