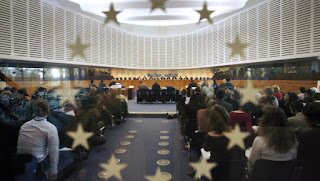 There are three cases, among the many decided by the Court in the past few weeks, which I would like to highlight. They deal with testimony potentially obtained through torture, forced labour and extraordinary rendition respectively.

The first is the case of El Haski v. Belgium (available only in French). It deals with a terrorist suspect against whom evidence obtained in Morocco during legal proceedings there (following the 2003 Casablanca bombings) was used in court in Belgium. It was unclear whether such evidence was in fact obtained by means of torture. The Court held that it was sufficient for exclusion of such evidence from trial in an ECHR state party if a suspect could show that there was a "real risk" that such evidence had been obtained by treatment contrary to Article 3. The case builds on the recent Othman (Abu Qatada) v. the United Kingdom judgment, from January of this year. In this case, such a real risk existed. The refusal by Belgian courts to exclude the evidence thus led to a violation of the right to a fair trial (Article 6 ECHR).

The second is the case of C.N. and V. v. France (available only in French). After Siliadin (2005) and Rantsev (2010, see my earlier post here) this is the third important case to breathe life into the often neglected Article 4 of the Convention, which prohibits slavery, servitude and forced labour. C.N. and V were two orphans from Burundi brought to France by their uncle and aunt in order to take care of them. In practice, they were both made to work in their household for long hours and under the threat of being sent back to Burundi. The case is interesting on several points. First, it offered the Court the possibility to clarify how servitude can be differentiated from forced labour, the former being an aggravated form of the latter. The Court explained that servitude is characterised by  the feeling of the victim that her or his situation cannot be changed, supported by objective elements (para. 91 of the judgment). Secondly, the Court distinguished the situation of the two sisters in detail. While both had to work, the younger sister was allowed to go to school, whereas the older was given no opportunity to develop herself or to establish social ties beyond the house. Only the situation of the older sister fell within the scope of Article 4 ECHR. The Court found that although France had complied with its positive obligation to conduct an effective investigation (uncle and aunt were brought to justice eventually), it had violated its positive obligation to put in place an adequate legislative and administrative framework to combat forced labour and servitude effectively (in parallel to the older Siliadin case, also directed against France). The facts dated from before 2003, when the penal code was changed.

Finally, the third case is Abdulkhakov v. Russia, one of the very rare cases where a form of extraordinary rendition yields a judgment of the European Court. The case concerns the kidnapping in Moscow and transfer to Tajikistan of an Uzbek refugee, who was sought in Uzbekistan for  involvement in extremist activities. Although the Russian authorities denied any involvement, the Court found that what happened to the applicant could not have occurred without the knowledge or involvement of the state. Thus it held Russia to account. Of course it is notable here that the rendition was towards a non-ECHR state party (Tajikistan). The Court concluded that this amounted to a violation of the right to individual petition, since the illegal transfer in effect frustrated the purpose of an interim measure imposed on Russia earlier not to transfer him. In addition, the Court also found a violation of Article 3 ECHR, since Russia had not made any assessment of whether the applicant would face a real risk of torture in Tajikistan, all the more so since the transfer was conducted secretly and outside nay legal framework which could have provided safeguards. As the Court reiterated "any extra-judicial transfer or extraordinary rendition, by its deliberate circumvention of due process, is an absolute negation of the rule of law and the values protected by the Convention. It therefore amounts to a violation of the most basic rights guaranteed by the Convention" (para. 156).

More extraordinary rendition cases are in the pipeline, even more directly implicating ECHR state parties. The Court has asked Poland and Romania in two different cases to provide answers about possible secret CIA detention centres on their territories (this means the cases have been communicated, with questions, to the states concerned). For more information, see the website of the Open Society Justice Initiative.
Geplaatst door Antoine Buyse