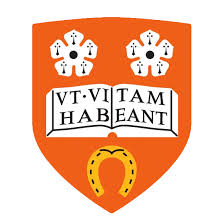 The University of Leicester is organising a two-day conference on the issue of 'The UK and European Human Rights - A Strained Relationship?' on 23 and 24 May. The conference is convened by  Dr Loveday Hodson, Professor Liz Wicks and Professor Katja Ziegler. The full programme of the event can be found here. This is the idea of the conference:


"The conference will encompass both the UK’s relationship with the European Court of Human Rights in Strasbourg and the additional layer of human rights protection through the European Union. It will seek to contribute to the debates in the UK, and elsewhere, about the relationship between the ECHR and national courts.
The conference will bring together judges, barristers and solicitors, politicians, representatives of NGOs, the media and academics in the field. A number of high profile speakers are confirmed with judges from the Supreme Court and European Court of Human Rights, as well as leading authorities from academia."
Confirmed speakers include:
Registration can be done here.
Geplaatst door Antoine Buyse