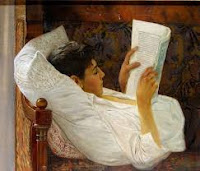 Please find below a new batch of recent ECHR-related publications:

* Aikaterini Tsampi, 'The new doctrine on misuse of power under Article 18 ECHR: Is it about the system of contre-pouvoirs within the State after all?', Netherlands Quarterly of Human Rights, vol. 38(2), pp. 134-155:

'The case-law on Article 18 of the European Convention on Human Rights has been evolving recently in a dramatic fashion. This evolution, which shaped a new doctrine on the misuse of power, focuses on the criminalisation of dissent within a State where undemocratic tendencies arise. The purpose of this article is to highlight these undemocratic tendencies and demonstrate that Article 18 ECHR addresses the systemic deficiencies in the balance of powers within a State. A violation of Article 18 ECHR occurs when the executive branch of government male fide tries to erode the social, political and economic contre-pouvoirs within a State and when the institutional contre-pouvoirs, namely the judicial and the legislative branch of government, fail to avert this erosion.'

* Vladislava Stoyanova, ‘Common law tort of negligence as a tool for deconstructing positive obligations under the European convention on human rights’, The International Journal of Human Rights, vol. 24(5) 2020, 632:

'This article examines how the common law tort of negligence can provide a helpful guidance for deconstructing and elucidating some of the disparate analytical issues that are subsumed under the umbrella of positive obligations under the European Convention on Human Rights (ECHR). Both frameworks, the common law and ECHR, aim to delimit the circumstances where responsibility for omissions can be found and have similar conceptual basis of protection in that they protect fundamental interests. However, in the context of the common law certain analytical elements are more thoroughly considered and better articulated. These elements are: the distinction between a duty and a breach of duty; the level of foreseeability of harm; the proximity between the state and the person who has suffered harm; the reasonableness of imposing a duty; the causation between the harm and the alleged omission. Two main arguments emerge from the juxtaposition of the ECHR analysis against the common law. First, by failing to explicitly articulate and distinguish certain analytical elements, the ECHR positive obligation judgments offer little general guidance as to the limits of responsibility. Second, the analytical inquiry applied when adjudicating positive obligations is in tension with the idea of the correlativity between rights and obligations.'

'Drawing upon data from field interviews, court records, and media and NGO reports, this article examines Russian cases claiming LGBT discrimination in domestic courts and at the European Court of Human Rights (ECtHR). The ECtHR has provided a less homophobic venue than Russia’s domestic courts for such claims, but its judgments have had little effect in Russia. We argue that the Russian case illustrates a paradox in the domestic politics of international human rights litigation. Activists from domestic contexts where discrimination is most prevalent are most likely to make successful claims in international human rights courts, while in those same contexts, informal discriminatory norms are likely to be strongest, resulting in those international court decisions having the least impact on the ground.'

* M. Lufti Chakim, ‘The margin of appreciation and freedom of religion: assessing standards of the European Court of Human Rights’, The International Journal of Human Rights, vol. 24(6) 2020 850:


'Throughout history, the relationship between religion and State has posed challenges. The issue of religious symbols in the public sphere is an area where the European Court of Human Rights has granted a wide margin of appreciation to States. The main argument is that there is no European consensus on the issue and that national authorities are better positioned to determine when interference with the freedom of religion becomes necessary in a democratic society. However, this argument has evoked criticism that no strong legal reasons or standards have been applied to the doctrine of the margin of appreciation. This article aims to analyse the Court’s standards through an examination of the limits imposed on the doctrine under European supervision. Notwithstanding the controversy over its application, the doctrine does play an essential role in accommodating the diversity of human rights protection in Europe. Therefore, in future judgements, the Court should focus on a proportionality test against the State arguments, which would allow the Court to determine the applicability of the doctrine in the case of freedom of religion.'

* Veronika FikFak, ‘Non-pecuniary damages before the European Court of Human Rights: Forget the victim; it’s all about the state’, Leiden Journal of International Law, vol. 33(2) (2020) 335:

'This article studies how the European Court of Human Rights (ECtHR, the Court) adjusts damages for human rights violations. The article empirically analyses 13 years of ECtHR’s case law in relation to Articles 2 (right to life), 3 (torture, inhuman and degrading treatment), and 5 (arbitrary detention) of the European Convention on Human Rights (ECHR, the Convention). The goal is to understand whether the statements made by the Court about the aims pursued through just satisfaction are confirmed in practice. Through an empirical quantitative study relating to non-pecuniary damages, the article analyses the practice of the Court in awarding non-pecuniary damages for human rights violations and compares it to the competing visions of the ECtHR’s function. In particular, I am interested in determining whether just satisfaction is aimed at redressing the suffering of the victim, her circumstances and vulnerability, or whether the focus is more on the respondent state, its conduct and its past human rights record. The answers to these questions will contribute to the debate whether the ECtHR’s role is one of delivering ‘individual justice’ or whether the Court is – as an international court enforcing an international treaty – focused on the ‘state’.'


* Thiago Alves Pinto, ‘An Empirical Investigation of the Use of Limitations to Freedom of Religion or Belief at the European Court of Human Rights’, Religion and Human Rights, vol. 15(1-2) (2020) 96:

'Most literature on freedom of religion or belief argues that there should be a high threshold for the imposition of limitations to the manifestation of the right. However, the practice of the European Court of Human Rights shows that the bar is much lower than academics suggest. This article explores this issue by analysing a plethora of cases and on the basis of interviews with lawyers connected to the Court. While the Court often considers the requirements of legality, legitimacy, and necessity, it does so briefly; focusing mostly on the analysis of proportionality and the margin of appreciation to the State in question. This approach makes the decisions exceedingly subjective and leads to little legal certainty in the area. Therefore, it is suggested that if the Court would analyse all criteria to impose limitations strictly, it could become more efficient while providing greater protection for persons to manifest their religion or belief.'
Geplaatst door Antoine Buyse