Judgment on Suicide in the Army 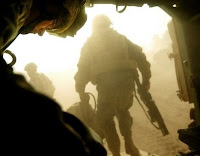 On Tuesday 17 June the Court found a violation of the right to life in a case involving suicide: Abdullah Yilmaz v. Turkey. The case concerned a 20-year-old who committed suicide during the performance of his compulsory military service. The immediate trigger for the sad event were several rows over tea(!) between Yilmaz and his superior. His commanding officer scolded and kicked him and humiliated him in front of others on the very day that Yilmaz had told him that he had personal difficulties. When in the afternoon Yilmaz threatened to kill himself, his officer pointed a gun at him out of fear of being attacked. Immediately, Yilmaz did indeed kill himself with his gun.

The Court's judgment focussed on the question whether the authorities were or should have been aware of a real risk that Yilmaz would kill himself - and if so, whether they did everything to prevent it. The state responsiblity is much more directly involved here because he was performing his military service. In that sense, he was under the state's control (comparable to dentention situations in which a heightened state responsiblity also exists). Although no such an indication had existed before the crucial day, his fragile state had become apparent on that day and his commanding officer had exacerbated the situation instead of appeasing it. Even if the extent of the effects of the superior's behavior on Yilmaz could not be established, the fact that he pointed a gun at him made the effects irreversible. Thus the Court concluded that the commanding officer did not assume the responsiblities required of a professional to protect the mental and physical integrity of those placed under his command.

The judgment further clarifies the systemic safeguards a state needs to incorporate into its regulatory framework concerning army personnel. It is indeed the very fact that such a superior was allowed to function in this way which proved the deficiencies of the system.

The judgment is available only in French, but a press release in English can be found here.
Geplaatst door Antoine Buyse