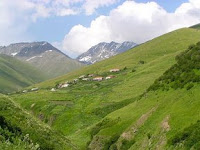 The issue of jurisdiction in the context of human rights has been a focal point of much academic research in the past decade. Marko Milanovic of the Belgrade Centre for Human Rights has just posted a pre-print of an upcoming article in the Human Rights Law Review on SSRN, entitled 'From Compromise to Principle: Clarifying the Concept of State Jurisdiction in Human Rights Treaties'. The article explores the differences between jurisdiction under general international law and under human rights law. The emphasis is on the case law of the European Court of Human Rights. This is the abstract:

The extraterritorial application of human rights treaties is surely one of the most interesting issues that international law is facing today. Questions as to when a state owes obligations under a human rights treaty towards an individual located outside its territory are being brought more and more frequently, before courts both international and domestic. Victims of aerial bombardment, inhabitants of territories under military occupation - including deposed dictators, suspected terrorists detained in Guantanamo by the United States, and the family of a former KGB spy who was assassinated in London through the use of a radioactive toxin, allegedly at the orders or with the collusion of the Russian government - all of these people have claimed protection from human rights law against a state affecting their lives while acting outside its territory. Obviously, all of these matters are extremely politically and legally sensitive, leading to much confusion, ambiguity and compromise in the existing case law. Further complexity is added by the often concurrent questions such as state responsibility for acts of international organizations or the relationship between human rights law and humanitarian law.

This article will not be attempting to establish whether a particular human rights treaty should apply in a specific factual situation or not, or whether this case or that was wrongly decided. Though the latter kind of analysis in particular cannot be avoided - or, indeed, is to be relished - the purpose of this article is more systemic - to unravel the notion of 'jurisdiction' found in the clauses of various human rights treaties, particularly those protecting civil and political rights, which define their scope of applicability, and on the interpretation of which the extraterritorial application of these treaties ultimately hinges. As will be seen, a number of concepts hide themselves behind this single word, 'jurisdiction', and its different meanings contribute to the confusion found both in the jurisprudence and in academic commentary. The article will first provide a brief overview of jurisdiction clauses in the various treaties, and will then proceed to distinguish this notion of 'jurisdiction' from that eponymous notion in general international law, and from the concept of state responsibility.