Violation of Roma Right to Education 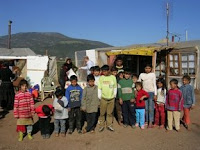 Today the Court held, unanimously, in the case of Sampanis and others v. Greece, that the treatment of a group of Roma school children by the Greek authorities violated Article 14 ECHR (prohibition of discrimination) taken together with Article 2 of Protocol No. 1. The children had, due to enrollment difficulties, missed a full year of primary school education and, subsequently, were placed in preparatory classes in a separate building in the Greek town of Aspropyrgos. On the first point, the Court considered that the school should have paid particular attention to the vulnerable position of the Roma and should have facilitated the Roma's enrollment. The Court held that under Article 14 authorities should sometimes give different treatment to certain groups to correct inequalities. On the second point, the Court found that there were no clear criteria nor assessments on the basis of which children were placed in separate classes. Although the Court accepted that preparatory classes to help children adjust to the ordinary school system could be justified, the selection of children should be based on non-discriminatory criteria. The Greek argument that the parents had consented to such placement, was countered by the Court in holding that the possiblity to waive one's right not to be discriminated on the basis of race was not acceptable. In addition, the Court found that no effective remedy existed on the national level (violation of Article 13 ECHR). Each applicant was awarded 6000 euros for non-pecuniary damage.

This is the second time that the Court found discriminatory treatment of Roma children in relation to education. The first was the Grand Chamber judgment in D.H. and others v. the Czech Republic of last year. In that, by now already leading case, the Grand Chamber reversed an earlier Chamber judgment (2006) and found a violation of the same ECHR provisions as in the Sampanis case. The D.H judgment is the seminal case on indirect discrimination. It concerned the fact that an inordinately high percentage of Roma children were placed in schools for children with learning disabilities. For a large amount of background materials on that case, see this very useful site of the European Roma Rights Centre.

The Court's press release on the Sampanis case can be found here. The judgment itself is only available in French.
Geplaatst door Antoine Buyse