Article on Rights of 'Travelling Peoples' 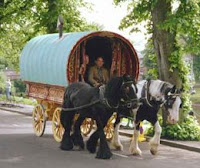 The most recent issue of the Human Rights Law Review (volume 8, no. 3, 2008) contains an article on one of my areas of particular interest: Ralph Sandland, Developing a Jurisprudence of Difference: The Protection of the Human Rights of Travelling Peoples by the European Court of Human Rights. It traces the changing stance of the European Court of Human Rights on the duties State Parties to the Convention have vis-à-vis travelling (minority) peoples. The cases on Roma rights are a prime example of the issue. This is the abstract:

This article reviews the development of the jurisprudence of the European Court of Human Rights (the Court) relating to the rights of Travelling Peoples. In its early case law on this topic, the Court's approach, in accordance with the principle of the rule of law, was to ensure equality of treatment. This approach appears laudable, but in practice it functioned as a failure to protect difference, or identity, especially minority identities; or, when difference was recognised, it was recognised as a problem. However, the Court has more recently undertaken a reappraisal of its approach. In essence, and although there may be scope for further development, the Court has moved to abandon a jurisprudence of sameness or equality in favour of elaborating a jurisprudence of difference. The Court now recognises that law applies differentially by reference to culture and ethnicity, and also that there are various positive obligations under the European Convention of Human Rights (the Convention) to protect difference, or minority identities, from both direct and indirect discrimination.

The article is available on the site of the Human Rights Law Review for subscribers.
Geplaatst door Antoine Buyse