Judgment on Apology of Terrorism 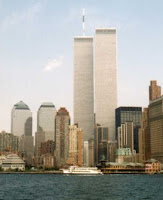 Cartoons are, as we have seen in recent years, not always completely innocuous. Today the European Court of Human Rights delivered its judgment in a case focusing on the controversy about a cartoon depicting the terrorist attacks on the World Trade Center in New York with the text "We have all dreamt about it ... Hamas did it". The cartoon was drawn on 11 September 2001 itself, just hours after the attacks, by French cartoonist Denis Leroy, and published two days later in a Basque magazine with its basis in the southwest of France. The French authorities prosecuted both the cartoonist and the magazine and national courts fined Leroy with a 1500 euro fine for complicity in the defense or apology of terrorism.

Leroy tried his luck in Strasbourg, complaining that the imposition of the fine was in violation of Article 10 ECHR (freedom of expression). The Court, unanimously, disagreed. It held that the interference in this case served the legitimate aims of public safety and the prevention of disorder or crime in the sensitive context of the fight agaisnt terrorism. In a telling obiter dictum, the Court comments that the attacks of 11 September 2001 yielded a "global chaos". Although the applicant claimed that his cartoon merely expressed his political stance of anti-Americanism in a satirical manner and served to illustrate the decline of "American imperialist power", the Court noted that the cartoon also glorified the destruction of America by violent means. According to the Court, the caption accompanying the cartoon reflected Leroy's solidarity with the alleged attackers of the WTC and a favorable opinion on the large-scale violence used against civilians. The Court also noted the context: the drawing and publication in the immediate aftermath of the attacks and possible impact of such a message in a politically sensitive region, the Basque country. The reactions of readers of the magazine, which were subsequently published, pointed in that reaction. The Court, in conclusion, did not judge the fine to be excessive.

Interestingly, France tried to have the case declared inadmissible for abuse of rights (Article 17) by the applicant. This Article has thusfar mainly been used in the context of Holocaust denial. On this aspect, the Court disagreed with the State Party. It considered that the core message of the cartoon, the destruction of American imperialism, does not concern the destruction of fundamental rights nor can it be equalled to expressions of racism attacking the underlying values of the Convention. Moreover, the Court held that even if the expression had been labelled as an apology of terrorism under national law, the cartoon did not amount to an absolute justification of terrorism which would deprive it of the protection of Article 10.

Considering the fact that laws on the prohibition of the apology of violence (and especially terrorism) are currently being debated in many European countries, this judgment may be of considerable impact.

The judgment in this case is available only in French. A short report on this issue by the famous French newspaper Le Monde can be found here.
Geplaatst door Antoine Buyse