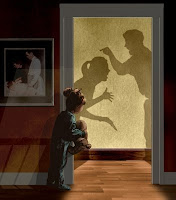 Today the Court held a hearing in a case concerning domestic violence. The applicant, Nahide Opuz, has lodged a complaint against Turkey. The case centres on Opuz' extremely violent husband who gravely ill-treated her and her mother many times and eventually killed her mother. Although the authorities were made aware of the situation, they apparently failed to take any adequate action. The applicant does not only complain about violations of the right to life (Article 2 ECHR) and the prohibition of torture and inhuman and degrading treatment (Article 3 ECHR), but also about discrimination in the sense of lack of protection under Turkish law for women who are victims of domestic violence.

The fact that a public hearing is organised - a relatively rare occurence in Strasbourg - and that the NGO Interights has been given leave to intervene as a third party, both point to the fact that this case is generating a lot of interest both inside and outside the Court. It reflects an increasing awareness that issues of domestic violence are matters of public interest.