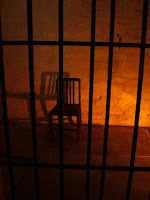 Today, the Court issued its judgment in the case of Renolde v. France. The facts of the case are sad: in July 2000 Joselito Renolde committed suicide in prison. He had been arrested and put into detention a few months earlier pending his trial for amongst others armed assault on his former partner and their 13-year-old daughter. In July he attempted to commit suicide with a razor blade in his cell. He was examined by psychiatrists and he told them he had a "history of psychiatric problems" and that he had earlier lived in a psychiatric institution. Antipsychotic medication was prescribed from then onwards, but the prison authorities did not supervise whether he actually took the medication. A few days later he assaulted a warden and as a result was placed in a punsihment cell for 45 days. A few weeks later he was found dead, hanging from the bars in his punishment cell. The investigation showed that he had probably not taken his medicines for at least two or three days.

The application was brought by his sister. She complained about violations of Articles 2 (lack of preventive measures to protect her brother's life) and 3 (inhuman treatment and degrading treatment of her brother) ECHR. The Court agreed with her. Elaborating on its case law in Keenan and Rivière, it found violations of the two articles. It pointed at the specific needs of the mentally disturbed when being imprisoned. Especially the lack of supervision for the taking of the medication and the placement in a punishment cell (the most severe punsihemnt) were crucial elements for the Court.

One may also want to read the short concurring opinion of Judge Villiger,who points at the importance of supervision concerning the taking of medication in all cases of vulnerable persons. Thus, the importance of the matter, in his eyes, goes beyond psychiatric patients, but applies equally to e.g. children.

The press release of the case can be found here.
Geplaatst door Antoine Buyse