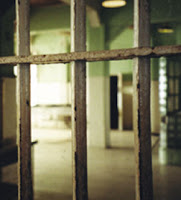 Today the Grand Chamber issued its judgment in the case of Paladi v. Moldova. In 2007, the Fourth Section of the Court had already decided in the same case. At the request of the Government, the case was referred to the Grand Chamber, but as has become clear today, the outcome is exactly the same: the Court found violations of Article 3 (lack of provision of adequate medical care during the applicant's detention) and of 5 para. 1 ECHR (continued detention in spite of the lack of a judicial decision authorising it). The Grand Chamber followed the findings of the earlier judgment.

The really interesting part of the case is the issue under the right of individual petition (Article 34 ECHR). The Fourth Section and the Grand Chamber both found a violation, since Moldova failed to comply with an interim measure of the Court. They transferred the applicant for four days from a neurology centre (the applicant was in very bad health) to a normal prison hospital in spite of the Court's order not to do so. Whereas the Section had found a violation by six votes to one (dissent by the British judge Nicholas Bratza), the Grand Chamber was much more heavily divided: nine votes to eight. Reading the dissents clarifies that one of the bones of contention was whether a failure to comply with an interim measure automatically means that the effective exercise of right to individual petition is hindered. Another important point was the degree to which national authorities - including the state's agent at the Court - should show due diligence in complying with it. I am sure this is not the end of the discussion, although it provides more details than any judgment on the issue so far.