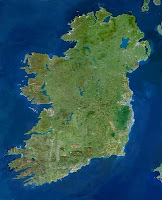 For a statement of the facts in the case, click here and for the webcast of the hearing, which took place in 2009, click here.
Geplaatst door Antoine Buyse