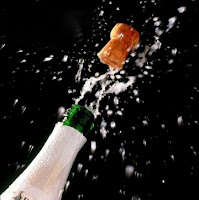 Today, a bit over six years after it was opened for ratifications, Protocol 14 finally entered into force. The Protocol reforms the supervisory machinery of the European Convention, rendering judicial decision-making more efficient. In addition, it introduces a new admissibility criterion: cases can be declared inadmissible if the applicant did not suffer a significant disadvantage. Finally, it opens up the possibility of EU accession to the ECHR.

The new, consolidated text of the European Convention on Human Rights and Fundamental Freedoms as amended by the Protocol can be found here. Reason for a small, but belated, celebration! Thorbjørn Jagland, the Council of Europe's Secretary General , and Jean-Paul Costa, President of the Court stated in a joint press release that "the entry into force of Protocol No. 14 represents a crucial step in improving the effectiveness of the Court and the protection of human rights in Europe. The Convention establishes the foundations of a common legal space across Europe. Protocol 14 will permit the Court to concentrate more on cases that raise important human rights issues, so it can play its role most effectively." That is only the first step of course as the follow-up - the Interlaken process - is just in its infancy.
Geplaatst door Antoine Buyse