Article on 'European Consensus' at the Court 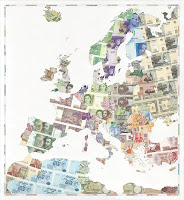 Kanstantsin Dzehtsiarou, a PhD researcher at University College Dublin, has just posted a working paper on one of the more opaque aspects of Strasbourg case-law: the notion of a European consensus : 'Consensus from within the Palace Walls'. The innovative aspect is that his findings are based on interviews with the judges in Strasbourg themselves. This is the abstract: