Islam and the ECHR 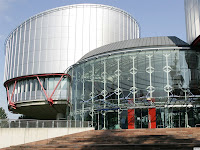 Peter Danchin of the University of Maryland School of Law has posted a paper on SSRN entitled 'Islam in the Secular Nomos of the European Court of Human Rights' which analyses the Court's Article 9 jurisprudence relating to Islam. This is the abstract:

Since 2001, the European Court of Human Rights has decided a series of cases involving Islam and the claims of Muslim communities (both majorities and minorities) to freedom of religion and belief. This Article suggests that what is most interesting about these cases is how they are unsettling existing normative legal categories under the ECHR and catalyzing new forms of politics and rethinking of both the historical and theoretical premises of modern liberal political order in Europe. These controversies raise anew two critical questions for ECHR jurisprudence: the first regarding the proper scope of the right to religious freedom; and the second regarding the conceptual relationship between religion and the public sphere internal to not only European nation-states but the supranational nomos of the Strasbourg Court itself.

The Article argues that a complex historical and normative relationship between Christianity and secularism can be seen to continue to define the modern contours and shape of the public sphere and the right to religious liberty alike and that assertions of claims of right by Muslims have thus made visible both the historical contingency and cultural particularity of these norms and forms of legal ordering. An argument is advanced which views the Court’s reasoning under Article 9 as entangled with not one but two rival liberal traditions: one dialogic which defines the right to religious liberty in strongly value pluralist terms and the public sphere in terms of social peace; the second rationalist which defines the right more narrowly in terms of autonomy and rational choice and the public sphere in terms of a particular substantive theory of justice. The Article concludes by suggesting that a better understanding of how religious freedom emerged in early modern moral and political thought will show that the second pluralist strand is deeply encoded in the logic and normative structure of Article 9 and how this may open new pathways by which to re-imagine the current limits of the Court’s jurisprudence.