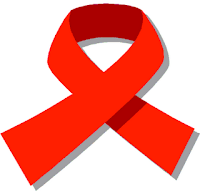 Today the Court concluded in a case against Russia that the refusal of a residence permit to an Uzbek national solely because he was HIV-positive was in violation of the European Convention of Human Rights. The case of Kiyutin v Russia related to a man who had settled in Russia and married a Russian wife and had a daughter with her, also of Russian nationality. When he applied for a residence permit, he was obliged under Russian law to undergo a HIV test and the result was positive. On the basis of the test outcome his permit was refused by reference to Russian legislation.

The European Court chose to assess the case under a combination of Articles 8 (right to family life) and Article 14 (prohibition of discrimination). First, the Court had to decide whether a difference of treatment based on HIV-positive status fell within the prohibited grounds of Article 14. Since health as such is not mentioned in that Convention provision, the Court had to decide whether this case could fall under the notion of "any other status". In earlier cases in the past two years, the Court had already found that physical disabilities and health impairments fell within the scope of the prohibition of discrimination. Building on this earlier case-law (and on pronouncements by the UN and the Parliamentary Assembly of the Council of Europe), but now in a more general and explicit way, the Court held that (para. 57):

"a distinction made on account of one’s health status, including such conditions as HIV infection, should be covered – either as a form of disability or alongside with it – by the term “other status” in the text of Article 14 of the Convention."

Subsequently, the Court found that Mr Kiyutin was in an analogous situation to other foreigners applying for a residence permit on account of their family ties to Russia. It then went on to consider, under its standard test, whether the difference in treatment was objectively and reasonably justified. It is in the assessment of the width of the margin of appreciation that the true importance of this judgment can be found: the Court held that people with HIV/AIDS have suffered from prejudice, stigma and exclusion in the last three decades. In a short but clear and admirable overview, the Court summarizes what this entailed (para. 64):

"In the early years of the epidemic when HIV/AIDS diagnosis was nearly always a lethal condition and very little was known about the risk of transmission, people were scared of those infected due to fear of contagion. Ignorance about how the disease spreads has bred prejudices which, in turn, has stigmatised or marginalised those who carry the virus. As the information on ways of transmission accumulated, HIV infection has been traced back to behaviours – such as same-sex intercourse, drug injection, prostitution or promiscuity – that were already stigmatised in many societies, creating a false nexus between the infection and personal irresponsibility and reinforcing other forms of stigma and discrimination, such as racism, homophobia or misogyny. In recent times, despite considerable progress in HIV prevention and better access to HIV treatment, stigma and related discrimination against people living with HIV/AIDS has remained a subject of great concern for all international organisations active in the field of HIV/AIDS. The UN Declaration of Commitment on HIV/AIDS noted that the stigma “increase[d] the impact of the epidemic on individuals, families, communities and nations” (see paragraph 28 above) and UN Secretary General Mr Ban Ki-moon acknowledged that “to greater or lesser degrees, almost everywhere in the world, discrimination remain[ed] a fact of daily life for people living with HIV” (6 August 2008). The Court therefore considers that people living with HIV are a vulnerable group with a history of prejudice and stigmatisation and that the State should be afforded only a narrow margin of appreciation in choosing measures that single out this group for differential treatment on the basis of their HIV status."

Difference of treatment on the basis of HIV/AIDS are thus put in the same series of earlier established suspect grounds of difference in treatment such as sex, sexual orientation, race or ethncity, mental faculties, or disability. This is the main reason for narrowing the state's margin of appreciation and for a strict scrutiny by the Court of measures based on this distinction. The second reason for a narrow margin relates to the concrete practice of excluding people with HIV/AIDS from residence permits. On that latter point, the Court found that there is no European consensus to defend this, since the overwhelming majority of Council of Europe member states do not exclude people on that basis.

Having established the narrow margin of aprpeciation, the Court tests the measure in-depth.

First, it goes into the relevance of the justificiation: is the protection of public health truly served by the measures at stake. The answer is a clear and resounding 'no!'. Travel restrictions on people with HIV/AIDS have, by a wide range of experts and organisations, been deemed to be ineffective ways to combat the disease. As the Court noted, it is not a highly contageous disease such as bird flu or SARS. Moreover, the argument of health protection adduced by Russia is fatally weakened by the fact that no restrictions on that basis applied to tourists, short-term visitors or Russian nationals travelling to and from Russia. In what might almost be called an exaggerated attempt at pedagogy, the Court even emphasized that the policy might be counterproductive (para. 71):

"Finally, it is noted that travel and residence restrictions on persons living with HIV may not only be ineffective in preventing the spread of the disease, but may also be actually harmful to the public health of the country. Firstly, migrants would remain in the country illegally so as to avoid HIV screening, in which case their HIV-status would be unknown both to the health authorities and to migrants themselves. This would prevent them from taking the necessary precautions, avoiding unsafe behaviour and accessing HIV prevention information and services. Secondly, the exclusion of HIV-positive foreigners may create a false sense of security by encouraging the local population to consider HIV/AIDS as a “foreign problem” that has been taken care of by deporting infected foreigners and not allowing them to settle, so that the local population feels no need to engage in safe behaviour."

Thus the Russian policy was not an appropriate means of protection public health.

The second fatal blow to Russian practice was the "blanket and indiscriminate nature" of the ban; no individualised assessment seemed to be possible by national courts, since the legal provision was so absolute. All in all, the Russian government went beyond the narrow margin of appreciation and the Court unanimously found a combined violation of Articles 8 and 14.

It is important to see how influential the third party submission of the NGO Interights was on the Court's reasoning. That submission compiled a host of international materials (amongst others from the United Nations and WHO) on some of the key questions in the judgment. While these third party interventions are in most instances aimed at progressively developing human rigths prudence - usually to the benefit of the applicant, this does not always need to be the case. The forthcoming Grand Chamber judgment in Lautsi v Italy (Friday 18 March) is a case in which third parties also intervened to support to defendant state's position.

The judgment is a key symbolic step in recognition of the negative effects of the pernicious and persistent prejudices against people with HIV/AIDS and as such its importance goes beyond the issue of residence permits - it will resound in all policy areas all over Europe wherever people are treated differently merely on the basis of living with HIV/AIDS.
Geplaatst door Antoine Buyse