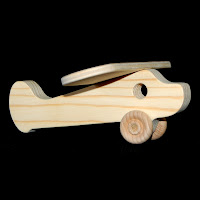 The phenomenon of the Pilot Judgment Procedure for a long time lacked a clear legal basis, although it had a stronger political backing by way of calls of the Committee of Ministers. In addition, it was not always clear when and how the European Court of Human Rights would use the procedure. Most recently, the Interlaken summit of last year asked the Court to develop clear and predictable standards for the procedure. A call which had also been made by various NGOs and academics, including myself in this article 'The Pilot Judgment Procedure at the European Court of Human Rights: Possibilities and Challenges' (amongst many other authors obviously). After a few years of 'piloting' the pilot procedure, the Court has now included a new provision in its Rules of Court. The new Rule 61, which will be effective at the end of March.

The new rule codifies the procedure. It provides that the pilot procedure can be used when facts in application "reveal in the Contracting State concerned the existence of a structural or systemic problem or other similar dysfunction which has given rise or may give rise to similar applications." The new rule does provide a stronger legal basis, but it does not take away many of the uncertainties surrounding the pilot judgment procedure. For example, it indicates that a procedure may be started by the Court of its own motion or at the request of one of the parties. It also states that the Court may set time limits for the remedial measures required, and that it may adjourn similar applications.

One could therefore argue, on the downside, that a lot of uncertainy remains. On the upside, it offers the Court the required flexibility to assess what is expedient. Where it does strengthen the existing situation is on the information side of things: not only the applicants in the pilot case, but also applicants in the adjourned cases should be notified of relevant developments affecting their cases. In addition all key players in the Council of Europe (Committee of Ministers, Parliamentary Assembly, Secretary-General, and Human Rights Commissioner) shall be informed whenever a pilot judgment is adopted "as well as of any other judgment in which the Court draws attention to the existence of a structural or systemic problem in a Contracting State." This should strengthen the supervision on implementation and the tackling of underlying problems more structurally. Also, the Court's website will give more information on the initiation, adoption, and execution of pilot judgments. Taken together, although not entirely ideal, the new rule is a step forward.
Geplaatst door Antoine Buyse