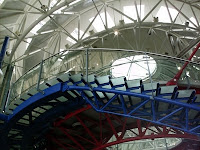 Recently, a panel of five judges of the European Court of Human Rights decided to refer two cases on which previously sections of the Court pronounced themselves, to the Grand Chamber. It concerns the cases of Kurić and Others v. Slovenia, on the rights of the so-called “erased” people, who failed to acquire or maintain citizenship of the newly-established Slovenian State in 1991, and Konstantin Markin v. Russia, on the refusal to grant parental leave to a Russian serviceman. Both requests were made by the respective states. I earlier reported on the Markin case here.

Requests for 37 other cases were rejected, which means those judgments have become final. For a full list, see the press release.
Geplaatst door Antoine Buyse