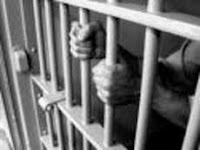 Ian Bryan (Lancaster University) and Peter Langford (Edge Hill University) have uploaded the abstract of the following article on SSRN: 'The Unlawful Detention of Unauthorised Aliens Under the European System for the Protection of Human Rights'. It will be published in the upcoming issue of the Nordic Journal of International Law (vol. 80. no. 2, 2011). This is the abstract:

This article evaluates the protections against ‘arbitrary’ and ‘unlawful’ detention afforded to non-nationals on having entered the territory of a State party to the European Convention on Human Rights (ECHR). Focusing on Article 5 ECHR and the various permissible exceptions therein, the article examines leading decisions of the European Court of Human Rights (ECtHR) and, in so doing, illuminates and explores tensions arising from the juncture at which Contracting States’ capacity to detain entry-seeking non-nationals, without criminal charge or trial, intersects with the requisites of Article 5(1)(f ) ECHR, as construed by the ECtHR. It argues that the ECtHR’s interpretative standpoint regarding the ‘lawful’ administrative detention of ‘unauthorised’ non-nationals gives disproportionate preference to Contracting States’ interest in managing migration flows. It also argues that in consequence States’ obligations in international human rights law, the strictures of Article 5 ECHR and the credibility of the Strasbourg Court itself are enfeebled.