Azerbaijan and the ECHR 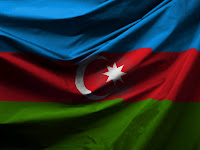 Article 19, the human rights NGO defending the freedom of expression across the globe, is ringing the alarm bells about the recent human rights situation in Azerbaijan, a member state of the Council of Europe and a party to the ECHR. Specifically, a recent press release, entitled 'Forgotten Human Rights Crisis Unfolds at Council of Europe’s Doorstep' (within the house rather than at the doorstep, one might add), points the attention at the alarming clampdown on the freedom of expression by the harassment and arrest of many bloggers, journalists, and civil society activists. Some of the key judgments of the European Court of Human Rights concerning the country remain un-implemented, such as in the case of Fatullayev v. Azerbaijan in which the Court ordered - exceptionally - the immediate release of the applicant from prison.

According to Agnès Callamard, director of Article 19:

"The human rights situation in Azerbaijan has reached a critical level. We are receiving almost daily reports of abuse against cyber activists, journalists and others in connection with exercising their rights to freedom of expression and assembly. This raises the question: how many more need to be arrested or beaten before the Council of Europe takes action to hold this Member State accountable? The credibility of the Council of Europe depends on such stewardship."

This paper reviews the legal status and implementation of the European Convention on Human Rights and Fundamental Freedoms in the Republic of Azerbaijan. It touches upon such issues as its treatment by the Constitutional Court, constitutional reforms and reactions of the national legal system to the Convention, including some of the most important cases at Strasbourg.