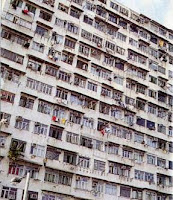 The Court announced today on its website that it has closed one of its earliest pilot judgment procedures, the so-called Polish rent-control cases. This is the press release:

A systemic problem with Poland’s housing legislation has been resolved to the satisfaction of the European Court of Human Rights, which has therefore struck out a case concerning nearly 100 landowners and 24 similar cases and closed its examination of all Polish “rent-control” cases.

It had been estimated that some 100,000 property owners had been affected by the malfunctioning of Polish housing legislation, which meant that landlords could not use their property or charge adequate rent for its lease.

The Court has now decided to close its special procedure for dealing with systemic or structural human rights violations – its “pilot judgment procedure” - which had been applied to these “rent-control” cases.

The Court is satisfied that Poland has changed its laws and procedures such that landlords can now: recover the maintenance costs for their property; include in the rent charged a gradual return for capital investment and make a “decent profit”; and, have a reasonable chance of receiving compensation for past violations of their property rights.

The pilot judgment procedure was applied to the lead rent-control case Hutten-Czapska v. Poland (no. 35014/97) and similar cases were then adjourned. In the principal judgment in Hutten-Czapska, the Grand Chamber (19 June 2006) found that there had been a violation of Article 1 of Protocol No. 1 (protection of property) to the European Convention on Human Rights, because the applicant could not use her property or charge adequate rent for it lease. The case was finally struck out by the Grand Chamber following a friendly settlement on 28 April 2008, after the Court found that the fundamental problems had been resolved.

In this latest decision, the Court confirms those conclusions and further notes that, following the Hutten-Czapska judgment, a compensation scheme (1) has been introduced in Poland which gives landlords a reasonable chance of receiving compensation for violations of their property rights and serves the same function as an award under Article 41 (just satisfaction) of the Convention. The Court has therefore now struck out the Hutten-Czapska follow-up cases, one brought by 96 property owners, The Assocation of Real Property Owners in Łódź v. Poland (application no. 3485/02), and 24 other cases.

The applicants in The Assocation of Real Property Owners in Łódź had also argued that one of their complaints had still to be resolved; the restrictions on the termination of leases and evictions, particularly concerning the vacation of flats occupied by protected tenants failing to pay rent. They complained that that meant they could neither regain their property for many years, nor recover the rent due from the tenant.

However, the Court reiterated that landlords were now allowed to increase rent to make a “decent profit”. In addition, the Polish State, which inherited from the communist regime an acute shortage of affordable flats for rent, had to balance the exceptionally difficult and socially sensitive issues involved in reconciling the conflicting interests of landlords and tenants. The process of wiping out all the causes and consequences of the violation of the Convention found in the pilot case had necessarily to take place gradually. The process was complex, involving large-scale policy decisions and important changes to Polish legislation, covering housing, social assistance, State subsidies, construction and land administration. Poland could not therefore be censored for maintaining, for the time being, the restrictive rules on the termination of leases. Also, the Polish Supreme Court’s case-law clearly confirmed that landlords were entitled to full compensation for any damage sustained where a municipality failed to provide social accommodation for a tenant.