Article on EU Accession to the ECHR 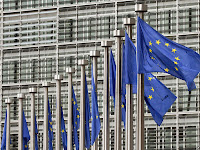 Profesor Martin Kuijer of the Free University of Amsterdam, who is also the senior adviser on human rights to the Minister of Security and Justice in the Netherlands, has published an article on EU accession to the ECHR in the latest issue of the Amsterdam Law Forum (vol. 3, no. 4, 2011). It is entitled 'The accession of the European Union to the ECHR'. This is the abstract:

This article outlines the European Union’s gradual progression towards a legal obligation to observe human rights: a series of stops and starts from Brussels to Strasbourg with a starring role for Luxembourg and significant supporting roles for Berlin and Karlsruhe. This commitment towards human rights will acquire a new dimension. The Lisbon Treaty requires the European Union to accede to the European Convention on Human Rights (ECHR). With the entry into force of the 14th Protocol to the ECHR, Strasbourg too is now ready to accept the EU as a party to the Convention. But the real work is still to come: the negotiations about the modalities of the accession are underway. This article looks at the main subjects for discussion. Is the EU, as a new party to the ECHR, the ultimate anniversary gift for Strasbourg, or is it a potentially troublesome guest at the party?