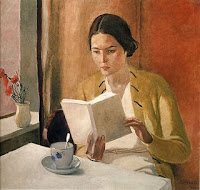 At the start of the new year a very wide range of articles and publications on the European Convention and the European Court (see the overview below). A very good year to all readers!

Why and how do international courts justify decisions with citations to their own case law? We argue that, like domestic review courts, international courts use precedent at least in part to convince ‘lower’ (domestic) courts of the legitimacy of judgements. Several empirical observations are consistent with this view, which are examined through a network analysis of European Court of Human Rights (ECtHR) citations. First, the Court cites precedent based on the legal issues in the case, not the country of origin. Second, the Court is more careful to embed judgements in its existing case law when the expected value of persuading domestic judges is highest. These findings contribute to a developing literature that suggests international and domestic review courts develop their authority in similar ways.

Abstract: This contribution compares the judgment of the Grand Chamber of the European Court of Human Rights (ECtHR) in the case of Lautsi v. Italy with the decision of the German Federal Constitutional Court in the Classroom Crucifix case. An examination of the way that the courts dealt with the common issues of state neutrality in education, parents’ rights to direct the religious education of their children, students’ right to religious freedom, as well as of the consistency of the rulings with relevant case law, reveals that the ECtHR’s Grand Chamber rendered a judgment open to criticism on a number of grounds. It erroneously conflated state action interfering with the applicant’s rights with the exercise of some ‘collective’ rights and liberties. The mis-characterization of the crucifix as a ‘passive symbol’ led the ECtHR to trivialize or disregard the effects of the crucifix on dissenting students and the state neutrality mandate in public education. Finally the judgment is not consistent with the relevant case law of the Court and the application of the doctrine of the margin of appreciation has served to weaken its role as Europe’s ‘ fundamental rights protector’, seeming to be a means through which the Court has gracefully given in to ‘popular sentiment’. The contribution concludes by offering a ‘pluralist approach’ as a legislative framework for regulating the display of religious symbols in public schools

This article examines a recent judgment by the European Court of Human Rights (E.B. v France) that upheld the complaint of a homosexual woman who alleged that her application for authorization to adopt a child had been refused by domestic French authorities on the grounds of her sexual orientation. I argue that the judgment constitutes an innovative and atypical legal consideration of, and challenge to, the heteronormative social relations of contemporary European societies. After exploring the evidence presented by the applicant, and the Court’s interpretation of it, I argue that in order to reach its judgment it was necessary for the Court to make a significant departure from its established jurisprudence in relation to sexual orientation. An essential element of this involved the adoption of a distinctive critical approach, strongly resonant with aspects of ‘queer theory’, which focused attention on the social, cultural and political construction of normative heterosexuality. Whilst a number of commentators have assessed the importance of the judgment in terms of its evolution of ‘gay rights’ in the area of family life, I argue that the Court’s reconceptualized ‘theoretical’ understanding of, and critical approach to, heteronormativity offers the potential to expand the scope of the European Convention on Human Rights across a number of areas of social life—in marriage, public assembly, freedom of expression, as well as family life—where non-heterosexuals continue to face discrimination in contemporary Europe.