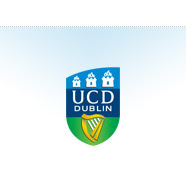 Paul Gallagher, associated to the University College Dublin, has posted a working paper on the Court and the margin of appreciation on SSRN. It's entitled 'The European Convention on Human Rights and the Margin of Appreciation'. This is the abstract:

The debate as to whether courts are too eager, or not eager enough, in holding that government regulations violate individuals’ fundamental rights has raged across decades and across jurisdictions. The underlying considerations are particularly acute when the courts concerned are supranational courts – and thus further removed than national judges from the societies affected by their judgments. The European Court of Human Rights has grappled with this issue by developing the concept of a margin of appreciation and thereby according to Contracting States an element of judgment in securing the rights enshrined in the Convention. The margin of appreciation has been central to the jurisprudence of the Court and is of major importance to the Contracting States. It has assumed even more significance as the Court through its case law has expanded Convention rights. This paper focuses on the use by the Court of the concept of a margin of appreciation and considers, in particular, whether the use of that concept provides a sufficient safeguard against what some people see as an overactive court which has interpreted the Convention in a manner that the original Contracting States could never have envisaged.