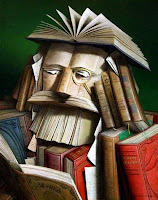 Today the Grand Chamber of the European Court of Human Rights issued its judgment in the case of Aksu v. Turkey on stereotypes about Roma in state-sponsored books and dictionaries. As in the earlier Chamber judgment, no violations of the Convention were found. My colleague Theo Rosier, of the legal theory institute at Utrecht University, has already read the judgment. Here are his first impressions in a short guest post:

The Grand Chamber today delivered its judgment in the case of Aksu v. Turkey (Application nos. 4149/04 and 41029/04). I think this judgment deserves to be noted because – as far as I know – it is the first judgment of the European Court in which it explicitly stated that the right to respect for private live (Article 8 ECHR) implies positive obligations of the State to protect individuals belonging to ethnic minorities against negative stereotyping.

Surprisingly, the Court did not reach this result by expanding its recently developed doctrine “that the right to protection of reputation is a right which is protected by Article 8 of the Convention as part of the right to respect for private life” (ECtHR 7 February 2012 Axel Springer AG v. Germany (no. 39954/08), § 83. Compare the line of cases from ECtHR 30 March 2004, Radio France v. France (53984/00), § 31; ECtHR 29 June 2004, Chauvy v. France (64915/01), § 70 via ECtHR 15 November 2007, Pfeifer v. Austria (12556/03), § 35 to more recent cases like ECtHR 18 January 2011, Mikolajová v. Slovakia (4479/03) and ECtHR 10 May 2011, Sipoş v. Romania (26125/04)). Instead, the reasoning of the Court in Aksu just succinctly emphasized that “an individual’s ethnic identity must be regarded as another such element” of a person’s physical and social identity that is embraced by the notion of ‘private life’ (§ 58) and that “any negative stereotyping of a group, when it reaches a certain level, is capable of impacting on the group’s sense of identity and the feelings of self-worth and self-confidence of members of the group. It is in this sense that it can be seen as affecting the private life of members of the group.”(§ 59)

However that may be, the judgment makes clear that an individual who complains that the State has not done enough to protect him or her against racial insults, ethnic stereotyping, and racial defamation should in principle be considered a victim within the meaning of Article 34 of the Convention (§ 53-54). Whether he/she will get a judgment in his/her favor will above all depend on the weight that the Court will give “to the public interest in protecting freedom of expression” (§ 63). A remarkable development indeed.