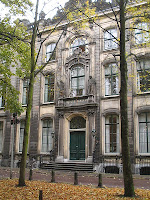 Earlier this month, the President of the Dutch Supreme Court (Hoge Raad), Geert Corstens, and one of his staff, Reindert Kuiper, published their views on the problems the European Court is facing in a short article in the Dutch review of jurists (Nederlands Juristenblad). I am reproducing the English translation of it here:


Help! The European Court of Human Rights is drowning!Geert Corstens and Reindert Kuiper
The title of this article is a cry for help: no other opening would do justice to the scale and urgency of the caseload problem facing the European Court of Human Rights. A huge backlog of over 150,000 cases awaits a decision in Strasbourg. We need both constructive solutions and the political will to put them into effect, even if it means extra expenditure.

The Court is too important to fail, as can be seen from the survey of its case law in its annual report. This summarises judgments in a few sentences, but its cross-section of the Court’s case law makes one thing crystal clear: serious human rights violations are still commonplace and are not adequately remedied in national legal systems. Addressing this fundamental failure on the part of the member states of the Council of Europe should be a top priority. The inescapable conclusion is that legal protection for individuals, as afforded by the Court, is essential.

Of course, the problem of the caseload did not appear out of the blue. The President of the Court has spoken of ‘the inevitable consequence of the enlargement of the Council of Europe to include post-communist states as they embraced democracy’. So the big question is: what are the member states prepared to do to keep their promise to respect the human rights of their peoples?

The worrying thing is that just when the Court needs all the support it can get, a public debate is under way that connects the caseload with what some people regard as too broad an interpretation of some of the rights enshrined in the Convention. Of course, the latter issue should be debated too. Criticisms have been voiced in the Netherlands and elsewhere of parts of the Court’s case law, and sometimes with good reason. But the two issues should not be conflated. If they are, people soon get the impression that the excessive caseload is the Court’s own fault.

A government’s willingness to help solve the caseload problem must never depend on any undertaking by the Court to interpret the Convention to that government’s liking. If there is one area where the saying ‘he who pays the piper calls the tune’ can never apply, either in theory or in practice, it is in the administration of justice. In that sense Montesquieu’s doctrine of the separation of powers is not one jot out of date.

What is more, separating the debate about the Court’s caseload from the debate on its interpretation of Convention rights allows us to address the real issue. In fact, most of the cases currently before the Court do not stem from controversial judgments. Even the most outspoken critics will acknowledge as much. So where should we seek the solution to the caseload problem?

Number of incoming cases – capacity to handle cases ≤ 0: the formula for a healthy Court of Human Rights is simple. But that goal has still not been reached, even now that the 14th Protocol has entered into force. Although, the capacity to handle cases has increased sharply as a result, it is still not enough to deal with the influx. Last year, the Court disposed of 52,188 cases. However, 64,500 new applications were lodged. At present, the main problem is not the mass of applications that are manifestly ill-founded or inadmissible. They can be disposed of in a single-judge formation, at little cost in terms of the judges’ time. The real problem lies in the cases where a violation of human rights may actually have taken place. The intractability of this problem is reflected in the statistics. Of the cases disposed of last year, 50,677 were either declared inadmissible or were struck out of the list of cases; 1,157 required a substantive decision.

These figures, and the knowledge that some 30,000 of the 150,000 cases currently pending will require a substantive decision, force us once more to face up to the need for a speedy solution. The figures show that the member states are not adequately discharging their responsibilities under the Convention. This is particularly obvious in regard to ‘repetitive cases’, where decisions given previously are repeated because member states have not taken the appropriate action. Such cases should simply not come before the Court. The Strasbourg system stands or falls by the member states’ compliance with the Convention. If they fail to discharge their responsibilities, if they delay amending their legislation in accordance with a Court judgment, the Court will inevitably be swamped by a deluge of applications.

To remind you of the figures: 30,000 cases require a substantive decision and there is capacity to dispose of only 1,500 cases annually. The Convention system will collapse if justified applications have to wait over ten years for a decision. Academics, politicians and legal practitioners must pool their resources. Fortunately, awareness of this need is growing. We should like to draw attention to an initiative launched by Professors Janneke Gerards and Ashley Terlouw. March 2012 saw the publication of Amici Curiae, a volume edited by them in which over 30 experts in the field, including practitioners, turn their minds to devising possible solutions. The editors hope that this volume will stimulate a constructive debate on the problems facing the Court. We invite the readers of this article to contribute their suggestions too: the more good ideas the better.

We have not yet seen the contributions of the other writers. So we shall confine ourselves to some of the proposals put forward in our own contribution to the volume. We believe that both short- and long-term measures are required. In the short term, the member states should make a large number of highly qualified jurists available to the Court on a temporary basis, to eliminate the backlog. If the Court is to function effectively in the long term, it must be made easier for it to change its own procedures. In addition, legal representation for applicants during the proceedings should be made compulsory, legal representatives should be required to specialise, and a quota system should be introduced for the number of applications that can be submitted by the bar of a particular country. In this way, national bars would share responsibility for Strasbourg’s caseload. Of course, this will only be possible in countries that have an independent bar and a proper system of subsidised legal aid. The most important thing, however, is for the member states to do far more to bring their legal systems into line with the Convention, and to hold one another to account if they fail to do so. One option would be a fine mechanism, which would forge a link between the funding of the Court and the use of the right of individual petition.

We knew that the enlargement of the Council of Europe would create problems for the Court. Now it is time for academics, politicians and legal practitioners to join forces and devote their energies to tackling these problems. And even in these hard times we must never be prepared to reduce the safeguards the Court provides. Surely we are prepared to spend more than €0.08 per person per year to protect human rights?
Geplaatst door Antoine Buyse