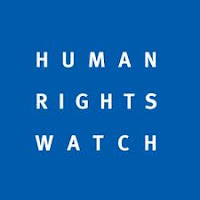 It had earlier escaped my attention, but thanks to a Russian colleague, I was notified that the NGO Human Rights Watch wrote a letter in April to the Parliamentary Assembly of the Council of Europe (PACE) regarding the selection procedure for candidates from the Russian Federation. In this letter it expressed its grave concern over the manner in which the national slection procedure had been conducted and asked PACE to send back the submitted list of three candidates. This is the full text of the letter:

We write to express concern about serious deficiencies in the selection procedure used to select candidates from the Russian Federation for election to the European Court of Human Rights. We believe the procedure used falls far short of the most recent set of Guidelines adopted by the Committee of Ministers on the selection of candidates for the post of judge at the European Court of Human Rights (CM(2012)40 final), adopted on March 29, 2012.


We understand that lists of candidates for the European Court of Human Rights submitted by Council of Europe member states are currently before your sub-committee for consideration. Human Rights Watch respectfully urges the sub-committee to return the list of applicants to the government of the Russian Federation to allow for a selection process that is fair, transparent, and in full accordance with the Committee of Minister’s guidelines.

As you may know, Human Rights Watch is an independent, non-partisan, international nongovernmental organization that researches and advocates on human rights issues worldwide. Human Rights Watch has maintained a presence in Moscow since 1991.

In February 2012, the Russian Federation forwarded a list of three candidates for election to the Court, two men and one woman. Although the Committee of Minister’s guidelines were adopted in March, as you know, they build on previous standards set out for states by the Parliamentary Assembly in the context of its responsibility for electing the judges. Human Rights Watch was very disappointed to learn the extent to which the selection process used by the Russian Federation fell short of the standards as have been effectively codified in the Committee of Minister’s guidelines.

First, the contest period in Russia was very brief, only one month, from July 1-August 1, 2011, a period during which many people take summer holidays. No justification was cited for holding the application period for such a short period. The guidelines call for a reasonable period of time for the submission of applications.

Secondly, the guidelines state that “the call for applications should be made widely available to the public, in such a manner that it could reasonably be expected to come to the attention of all or most of the potentially suitable candidates.” The Parliamentary Assembly’s 2004 Recommendation No. 1649 calls for the announcement of the competition to be published in specialized literature. Troublingly, the announcement was published in the specialized newspaper “The Newsletter of the Court of Human Rights,” in August 2011, only after the deadline for accepting applications had passed. The announcement was published in the print edition of the national newspaper Rossiiskaya Gazeta but the announcement did not appear in the online edition and many print subscribers received their copies only in mid-August, after the competition had closed.

Finally, there are some problems with the constitution of the commission empowered to select candidates. The Ministry of Justice issued a decree establishing a commission to select candidates, but the decree was never officially published and thus formally did not enter into force. The commission also failed to achieve a balanced composition. The commission, comprised of only men, did not achieve the gender balance envisioned by the guidelines. The commission was made up entirely of representatives of the Ministry of Foreign Affairs and the office of the Russian Representative at the European Court. It did not include any representatives from civil society organizations or the office of the Ombudsman.

Recalling the Parliamentary Assembly’s caution that “In order for the European Court of Human Rights to continue to inspire confidence, it is vital that the process by which judges are selected and appointed also inspire confidence,” it is clear that the procedure followed in the Russian Federation does not meet the standard. The Parliamentary Assembly has said that in the absence of a real choice among the candidates submitted by a state party to the Convention and in the absence of a fair, transparent and consistent national selection procedure, the Assembly may reject a list. We urge the sub-committee, in the interest of ensuring that all qualified candidates be given an opportunity to apply, and in order to protect confidence in the European Court, to take such a stand now and return the list of applicants to the Russian Federation.