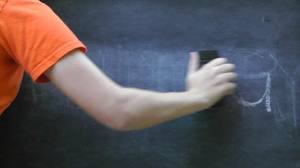 Earlier this week, the Grand Chamber of the Court delivered its judgment in the case of Kuric v. Slovenia and found violations of Articles 8, 13 and 14 ECHR. The Court found that Slovenia had violated the rights of a group of residents of Slovenia, by depriving them of their status as permanent residents in the months following Slovenia's declaration of independence in the early 1990s. This measure affected tens of thousands of people which were know as the ''erased'' people. In the Court's view, the measures had disportionately affected Roma and other minorities. The original Chamber judgment (of 2010) in the same case also found violations of the Convention, but the Grand Chamber went even further by finding a violation of the ECHR's non-discrimination provision (Article 14) in conjunction with the right to privacy (Article 8).

Interestingly, this judgment is also a pilot judgment even though the number of similar pending applications before the court is not huge. The Court pointed, however, at the potential influx of cases and indicated that Slovenia should set up a national compensation scheme within a year. In the meantime, the Court decided to adjourn all similar applications.

Click here for the positive assessment of the Open Society Justice Initiative, which submitted a third party intervention in the case. It calls the judgment "an important milestone in strengthening international norms against statelessness."

The Court's press release can be found here.