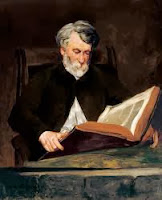 A large number of recent articles and ECHR case comments have been put online in the past few weeks. Please find an overview here:

The issues raised by EU Accession to the ECHR have already generated a valuable and growing literature. This article seeks to contribute to this literature. The discussion begins with an overview of the European Union’s competence to accede to the European Convention on Human Rights, and the process by which the Accession Agreement was negotiated. The focus then shifts to analysis of whether the EU needs its own Charter of Rights in addition to membership of the ECHR.

This is followed by examination of a range of procedural issues raised by EU accession to the ECHR. This includes the choices open to claimants when pursuing rights-based claims and the constraints placed on those choices resulting from EU accession to the ECHR. It will be seen that accession raises difficult issues concerning who should be the respondent and co-respondent in any particular case, and the manner in which a case concerning Convention rights is routed to the European Court of Human Rights. The new schema will moreover generate problems of delay.

The final section of the article addresses some of the prominent substantive issue raised by EU accession to the ECHR. This includes a re-assessment of the case law defining the relationship between the EU and the ECHR prior to accession and evaluation of the extent to which it is relevant post accession; discussion of the impact of accession on the autonomy of EU law; and consideration of the way in which the ECHR rights and Charter rights will interact in the future.

The relationship between the protection of intellectual property (IP) and human rights has been examined in a growing number of publications. Most focus on the substantive law overlaps, interfaces, tensions and maybe even conflicts between the two areas of law – be it on the national, regional (e.g. European) or international plane. This contribution does not purport to advance this debate on substantive intersections – such as access to medicines under the right to health versus patent protection for pharmaceutical products. Instead, it focuses on the legal mechanisms and approaches to address some of these intersections between the two systems. In that way, it builds on the discourses concerning fragmentation, regime interaction and global legal pluralism that offer different narratives on how specific areas of international law view, define and delineate their relations to another.

Within this context, the contribution focuses on the direct and indirect conflict avoidance and resolution approaches adopted by the two main European Courts which have been increasingly asked to rule on cases where intellectual property (IP) protection and human rights are intersecting. The European Court of Human Rights (ECtHR) and the Court of Justice of the European Union (CJEU) are both charged with examining the consistency of national laws and measures with human rights protection for IP. Both courts are equally confronted with cases where national IP protection and enforcement measures are argued to interfere and conflict with other human rights, such as freedom of expression and information, the right to privacy or to conduct one’s own business. In reviewing the decisions of the two courts in these areas, this contribution highlights the range of tools and approaches available for human right law to deal with its various interfaces with IP protection.


And a number of comments on recent case-law: