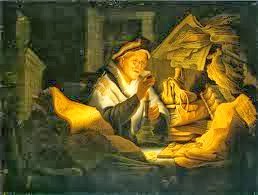 A number of new articles have recently been published, some in the most unlikely places (see the first one), on the European Convention on Human Rights. Please find an overview of these here:

* Triestino Mariniello, ‘The ‘Nuremberg Clause’ and Beyond: The Legality Principle and Sources of International Criminal Law in the European Court's Jurisprudence’, Nordic Journal of International Law, vol. 82, no. 2 (2013):


Legislative acts or constitutional courts’ decisions allowing the prosecution of alleged perpetrators of international crimes committed in the past continue to attribute to the legality principle a central role within domestic criminal proceedings or complaints before the European Court of Human Rights. This article assesses the evolution of the recent jurisprudence of the Strasbourg Court, which in the 2008 Korbely and Kononov cases for the first time extended the standards of the legality principle over war crimes and crimes against humanity. It examines the rationale for this development, which constitutes an attempt by the Court to restore a proper balance between substantive justice and individual protection, by ascertaining whether domestic convictions were consistent with the qualitative elements of the legality principle, such as accessibility and foreseeability. Through a detailed analysis of the European jurisprudence, the article argues that, although the new approach of the Court entails in abstracto a strengthening of individual safeguards from the arbitrariness of state power, the meaningful protection of the legality principle may be in concreto significantly narrow. The reasons for such a result are two-pronged: first, the Court seems to provide an interpretation of past law which radically diverged from the interpretation of the law in place in the legal system at the material time of the events; second, the international sources accepted by the Court as a valid basis for the applicants’ convictions – pursuant to the standards of the legality principle – were intended to create obligations only upon states, rather than individuals.