Blog Symposium on Protocol 15 ECHR - A Protocol for the Ostriches? Civil Society Perspectives 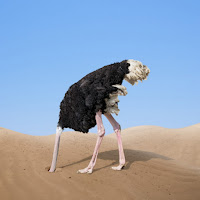 Protocol 15 to the European Convention on Human Rights, a culmination of the UK Government’s contribution to the process of reform of the European Court of Human Rights during its Chairmanship of the Committee of Ministers of the Council of Europe in the first half of 2012, will finally came into force in August this year. The official purposes of the 2012 Brighton Declaration were to strengthen the implementation of the Convention at the national level, to strengthen the principle of subsidiarity in the ECHR system, and to help the Court to focus its resources on the most important cases.

As is well-known, the Protocol 15 package includes the following amendments to the Convention:

of appreciation to the Preamble to the Convention;

(2) it changes the rules on the age of judges of the Court, to ensure that all judges are

(4) it reduces the time limit for applications to the Court from six months to four months; and

(5) it deletes the wording ‘provided that no case may be rejected on this ground which has not been duly considered by a domestic tribunal’ from 35 (3) b of the Convention.

In this blog post, my aim is to offer reflections on the first, fourth and fifth of these amendments introduced by Protocol 15 from the perspective of human rights organisations working to protect human rights in the Council of Europe. As such, I will focus on the addition of an express reference to the principle of “subsidiarity” and the doctrine of “the margin of appreciation” in the Preamble of the Convention, reduction of the time limit from six months to four months in bringing complaints before the ECtHR, and the amendments to Article 35 (3)b of the Convention.

A notable aspect of the Brighton Conference that brought about Protocol 15 in 2012 was the lack of civil society participation in the discussions concerning these amendments.  Only a handful of NGOs were invited to the conference and civil society presence from countries with the highest number of pending applications before the Court was missing. Ironically, however, human rights work by civil society organisations across Europe is more likely to be impacted by these amendments than that of all the other actors of the Convention system, namely, the states parties and the Court. Specifically, Protocol 15 now requires human rights civil society to be ever more vigilant, through documentation, monitoring and advocacy, to ensure that these amendments are not interpreted (or mis-interpreted) by national authorities and the ECtHR in ways that lead to under-protection of Convention rights as an effective living instrument.

Coming into force of the emphasis on subsidiarity in the Preamble: Increased risks to under-protection?

Looking from 2021, subsidiarity and the margin of appreciation appear to be well established and frequently invoked principles of interpretation in the case-law of the Court.  The current President of the Court is well known for having coined that the ECtHR has entered the ‘age of subsidiarity’ back in 2014. Starting in 2012, the Court’s case law has indeed placed a newly found doctrinal emphasis on the primary responsibility of the member states of the Council of Europe to secure the rights and freedoms set out in the Convention. It has done so by paying systematic attention on whether national authorities show good faith engagement with the Convention’s principles. Where it has found such engagement, the Court has become more reluctant to carry out substantive reviews of outcomes reached by domestic courts in individual cases. Studies, in particular, show that more and more cases brought or supported by NGOs working for example on immigration detention, push backs at land borders,  or full-face veil bans end up receiving lite-human rights review by the Court.

One new question in this context is whether the coming into force of the amendments to the Preamble will lead to even more increase in the overly broad use or even misuse of subsidiarity and the margin of appreciation at the expense of effective protection of the rights in the Convention by the Court or by national authorities. Overbroad use is not only a matter of concern for civil society organisations that seek to protect the rights of marginalised groups, but also those that seek to expand the scope of the rights protected by the Convention, (as recently manifested in civil society efforts that demand the Court to address the climate crisis in the context of the Convention).

In addition, there is further evidence that some national authorities are not employing subsidiarity to deepen and widen their engagement with the spirit of the Convention, but instead to shield national sovereignty, at the expense of the very spirit of the Convention. This misuse of subsidiarity not only undermines effective access to the Convention before domestic courts, but also the implementation of interim measures or judgments of the ECtHR. Consequently, the coming into force of Protocol 15 may also undercut civil society efforts to ensure the implementation of human rights at the national level, where subsidiarity is used as a sword against rights of migrants, women, LGBTI communities, minorities, journalists or political opposition.

The most significant concern with the time-limit amendment from the perspective of civil society is the consequences this will have on the practical and effective access to the ECtHR. Human rights NGOs criticised the lack of adequate reflection on its potential impact on effective access to the ECtHR already in 2012. In particular, civil society pointed to the negative effects that the shorter time limit is likely to have. It may undermine access to the Court in a wide variety of situations. These include situations where there is a prolonged delay in notifying applicants of final domestic decisions; when applicants live in geographically remote locations, are in detention or other forms of confinement, or lack access to modern communications technology such as the internet; when cases are complex and require lengthy preparations; when individuals lack access to support from NGOs or qualified lawyers and when lawyers are not adequately experienced in bringing applications to the Court. It is notable from these discussions that the reduction of the time limit is likely to affect individuals with significant vulnerabilities and with the least access to resources or legal advice.

Despite these risks, the Committee of Ministers, in particular, has not done a base line study as to how the reduction of the time limit would hamper access to the ECtHR, for which groups and in which kinds of ways. This amendment will come into force six months following the entry into force of the Protocol. the Committee of Ministers’ Explanatory Reportstates that this is to ‘to allow potential applicants to become fully aware of the new deadline.’As discussed above, however, being aware of the new deadline may not in and of itself compensate barriers to meet the shortened time period.

Given the wide-ranging risks to access, it is now imperative for civil society to monitor and document if and when the new time limit hampers access to Court. There are, however, challenges as to how the civil society communicates these formally with the Court, in particular, given that  the civil society’s ability to communicate with the Court by way of third-party interventions starts only after a case is communicated by a chamber. A rigid use of the new time limit by single judge decisions, in particular, may risk cases to be declared inadmissible prior to their communication to the state party. This amendment, therefore, places an additional onus on civil society to monitor and document the risks posed by this amendment to effective access to the Convention system in practice and to find alternative channels to communicate with the Court and other organs of the Council of Europe on these risks.

According to the Committee of Ministers’ Explanatory Report, this amendment is intended to give greater effect to the principle that the Court should not be concerned with ‘trivial matters’. This is a concerning development as the notion of ‘trivial matters’ does not lend itself to a clear and objective definition considering that the Convention is a living instrument.

This amendment is also a major departure from Protocol 14, which inserted this clause to Article 35 of the Convention in the first place. At the height of the Court’s serious backlog crisis in 2004, this explicit condition was inserted to Article 35 precisely to act as a safeguard against the introduction of the ‘significant disadvantage’ requirement  to the admissibility criteria. The Committee of Ministers in its Explanatory Report to the Protocol 14 specifically stated ‘while the Court alone is competent to interpret the new admissibility requirement and decide on its application, its terms should ensure that rejection of cases requiring an examination on the merits is avoided. The latter will notably include cases which, notwithstanding their trivial nature, raise serious questions affecting the application or the interpretation of the Convention or important questions concerning national law.’

Protocol 15 completely abandons this safeguard clause and the principled position that the so called ‘trivial cases’ may also raise serious questions concerning the interpretation of the Convention or national law. From the perspective of civil society, this amendment is clearly regressive. It removes a valuable safeguard against the risk of a denial of justice to individuals before domestic courts as well as the ECtHR. The human rights NGOs, for example, underlined that by deleting this clause, a human rights case may end up not being examined by a single judicial body at any stage of legal proceedings. In addition, this clause enables cases that are not properly considered by national courts only on procedural grounds to be declared inadmissible by the Court. Given the Court’s increasingly formal approach to admissibility criteria even in manifestly non-trivial gross human rights violation cases, the removal of this safeguard presents further risks of restricting access to the Court.

Conclusion: A Protocol for Ostriches?

Back in 2012, one of the main stated aims of Protocol 15 was to strengthen the implementation of the Convention. Yet, there were neither broad-based consultations with civil society organisations nor were any of the concerns raised by civil society organisations regarding the glaring gap between the stated aims of Protocol 15 and the amendments proposed taken into account. From the perspective of civil society, it was not clear then, nor is it clear now whether any of the amendments discussed in this post can fulfil their purported aims. There are real risks that the emphasis on subsidiarity may create a Convention-lite national judicial culture and that the most vulnerable and the most legal-resource-poor individuals may not be able to reach the Court on time.

In addition, human rights cases raising genuine questions about the interpretation of national laws or the Convention may never see a proper day in court and this newly found emphasis on weeding out ‘non-trivial cases’ may undermine hard won access to court safeguards under Article 6 ECHR. Seen from these perspectives, this is a protocol for the ostriches. It requires significant monitoring, research and advocacy from civil society organisations working with the Council of Europe to ensure that the risks to the effective protection of human rights brought about by this Protocol are visible and are addressed effectively.