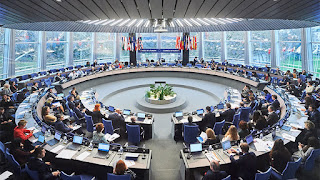 Antoine Buyse and Kushtrim Istrefi
The wheels of international law often turn slowly. And so do negotiations leading to treaties or amendments of those. But even once adopted, many years may pass before entry into force. The addition of Protocols to the European Convention of Human Rights is no different in this respect. Protocol 15, introducing a number of procedural reforms and emphasizing subsidiarity and the margin of appreciation, was adopted as far back as 2013. And only this year, 2021, with the ratification by Italy as the last state party, will it finally enter into force.
As editors of the ECHR Blog editors, we have seized this momentum to take stock of the potential effects of Protocol 15 by organizing a special Blog Symposium. We have invited a group of eminent ECHR specialists to critically examine and reflect upon some of the key changes introduced by the new Protocol.
Geplaatst door Antoine Buyse