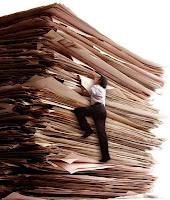 The high tide of cases reaching Strasbourg is a well-known and worrying fact to Strasbourg watchers and others. One of the creative ways to deal with the current backlog of far over 100,000 cases is to prioritise applications instead of dealing with them in the chronological order in which they reach the Court. The first step was taken in June 2009 when the Court amended its Rules of Court. Ever since, Rule 41 (on the order of dealing with cases) reads as follows:

In determining the order in which cases are to be dealt with, the Court shall have regard to the importance and urgency of the issues raised on the basis of criteria fixed by it. The Chamber, or its President, may, however, derogate from these criteria so as to give priority to a particular application.

Even before that time it had been possible to prioritise cases (one may think of Pretty v. the United Kingdom in 2002, a case in which the applicant was terminally ill). After the amendment of the Rules of Court, the Court started to develop criteria and these have now been made publcily avaialable on the Court's website in a document aptly entitled 'The Court's Priority Policy'. It indicates clearly the main rationale for the priorities given: some very serious human rights problems remained on the stack of cases for too long. By dealing with those with priority, the Court hopes not only to help the applicants concerned, but also - by addressing those particular human rights problems - to prevent more applications of the same kind. These are the seven categories of priority which the Court has established:

II. Applications raising questions capable of having an impact on the effectiveness of the Convention system (in particular a structural or endemic situation that the
Court has not yet examined, pilot-judgment procedure) or applications raising an
important question of general interest (in particular a serious question capable of
having major implications for domestic legal systems or for the European system), inter-State cases.

III. Applications which on their face raise as main complaints issues under Articles 2, 3, 4 or 5 § 1 of the Convention (“core rights”), irrespective of whether they are
repetitive, and which have given rise to direct threats to the physical integrity and
dignity of human beings.

IV. Potentially well-founded applications based on other Articles.

VI. Applications identified as giving rise to a problem of admissibility.

VII. Applications which are manifestly inadmissible.

Chambers of the Court or the Court's President can still deviate from this priority list if need be, but these will be the guiding criteria for the years to come. The Court has internally set up a working group to monitor how this works out in practice.

The Court has already indicated that one of the side-effects of this new policy could be that the output of the Court decreases; dedicating more time to serious and complicated cases means less time for easier, more quickly disposable cases. Already now, judges in the Court spend the overwhelming amount of their working time on the more serious cases (the circa 5% that is both admissible and non-repetitive). In practice this could mean that a great number of cases without priority (those in the lowest categories) will remain on the docket virtually eternally, unless the root causes of the Court's problems are addressed. One may indeed note that two rights which take up a very large chunk of the applications and judgments currently (the right to a fair trial and the right to property) do not figure in the priority list. Such issues will be dealt with on a more systemic level through pilot judgments but less and less so through series of individual decisions and judgments - ironic as this may be especially for people complaining of the right to a fair trial within a reasonable time.

The right to individual application and the Court's assessment of all cases was an achievement which, amongst others through pressure of NGOs, was saved in the Interlaken reform process. But the prioritising policy shows that the constitutionalisation process is in a way also still ongoing. It is not a formal pick-and-choose policy as some national constitutional courts apply, but de facto it might turn into that, since non-prioritised cases may remain on the stack "to be dealt with later" indefinitely. While this is certainly unsatisfactory in many regards, I think that given the circumstances the Court implicitly but rightly places the responsibility for that on the state parties. It will itself focus on the cases that really concern the worst human rights violations and those issues that are systemic or touch upon many European countries. This is a wise choice: it enables the Court to make a difference where it matters most and where it impacts most and in that way may help to retain and rebuild it's public image, which in recent years has come under attack of both states and public opinion in several countries. Really crucial cases will not be allowed to get lost in the mailroom or the corridors and archive rooms of the Court. A process to be followed closely.
Geplaatst door Antoine Buyse