ECHR and EU in UK and Ireland 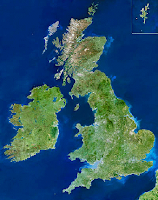 Cian C. Murphy of King's College in London has published a paper on SSRN entitled 'Ireland & the UK in the European Union and European Convention on Human Rights: A Tale of Two Island Legal Systems?'. It is part of this book: The National Judicial Treatment of the ECHR and EU Laws: A Comparative Perspective by Giuseppe Martinico and Oreste Pollicino (eds.) (Europa Law Publishing, 2010). This is the abstract:

This paper critically examines the operation of European Union (EU) law and the European Convention on Human Rights (ECHR) in Ireland and the UK. Ireland has a colourful history in both the EU and ECHR. Since its accession in 1973, Ireland has provided the EU with both legal and constitutional challenges. Furthermore, while it only transposed the Convention into domestic law in 2003, Ireland offered the European Court of Human Rights (ECtHR) its first case, one of its few interstate cases, and the opportunity to offer its most recent thoughts on the relationship between EU law and the ECHR. The UK’s relationship with the EU has been fraught with acrimony. Similarly, despite the leading role played by Britain in the Council of Europe, the eventual implementation of the ECHR in British law in 1998 has been portrayed as European interference with the UK legal system. Nonetheless, the peculiar nature of the UK legal system and its interaction with both EU and ECHR law makes for an interesting case study. This report critically compares Irish and British implementation of European law. Section 2 examines the legal effects of EU membership in the two jurisdictions. Section 3 considers Irish and UK membership of the ECHR and implementation of the Convention in the domestic law of the two states. In section 4, judicial application of European law in the two jurisdictions is critically compared. Section 5 draws the various strands together to conclude that Irish and British implementation of both forms of European law remains idiosyncratic. While European law has undoubtedly affected the two legal systems, its influence continues to be filtered through the unique constitutional arrangements of the two states.