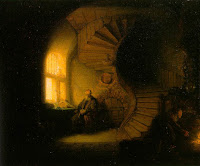 Articles 1 and 2 of the European Convention on Human Rights, when read together, require a proper and adequate official investigation into deaths resulting from the actions of state agents, both from the use of lethal force, and also in situations arising from the negligence of agents that leads to a death. The article considers the extent of the obligation to carry out an effective investigation since its explicit recognition by the European Court of Human Rights in the case of . The article assesses the jurisprudence of the duty to investigate in order to determine whether the obligation is now placing too onerous a burden on member states in order to comply with their duties under the Convention, or whether the duty does indeed secure the right to life, as is intended. To assess the original proposition, the article considers the jurisprudence of the duty to investigate in relation to the following applications: early forays into the application of the duty; fatalities arising from non-lethal force; the influential quartet of cases arising out of the Northern Ireland troubles; recent judgments concerning cases arising out of the conflict in Chechnya; and finally through to a critical review of the effectiveness of the European Court.

Secondly, in the Nordic Journal of International Law (Vol. 79-4, 2010) Ian Bryan and Peter Langford have written 'Impediments to the Expulsion of Non-Nationals: Substance and Coherence in Procedural Protection under the European Convention on Human Rights.' This is the abstract:

This article offers a critical assessment of the interpretative positions adopted by the European Court of Human Rights as to the applicability of Convention rights and freedoms to the deportation of “aliens” resident in the territory of a Contracting State. The article considers inconsistencies in the Court's jurisprudence and argues that these inconsistencies are a result of the characterisation of deportation proceedings as administrative events. The authors also explore the nature of Contracting States' deportation procedures and examine key features of the procedural guarantees afforded to non-nationals under the Convention and its Protocols. In addition, the authors consider the extent to which Convention notions of due process and natural justice are deemed germane to deportation proceedings. The article contends that disparities in the procedural protections accorded to nationals when compared with resident non-nationals conflict with the purpose of the European Convention on Human Rights are an avertable consequence of the primacy of State sovereignty.