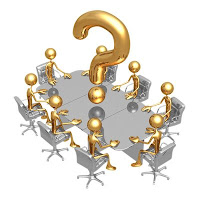 Just released: today the Grand Chamber of the Court delivered its judgment in the case of Demir & Baykara v. Turkey, an important case on trade union rights. The Chamber unanimously found that Article 11 ECHR had been violated. Interestingly, the case had been brought to the Grand Chamber by internal appeal of Turkey, after the Court had already concluded in its judgment in the case in 2006 that Article 11 had been violated.

Notably, the Grand Chamber - in a deviation form earlier case law, especially from the 1970s - held that the right to bargain collectively had become one of the essential or core elements of the right to join and form trade unions. In doing so, the Grand Chamber referred both to international legal developments and changes on the national level in ECHR state parties. One may especially note the reference to the EU's Charter of Fundamental Rights, which will become binding once (if ever) the Lisbon Treaty will be fully ratified. Once again, the Convention proves to be a living instrument! In addition, the judgment also contains noteworthy thoughts on the specific Article 11 rights of civil servants.
Geplaatst door Antoine Buyse