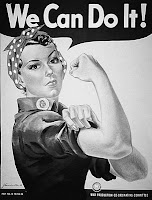 Professor Samantha Besson of the University of Fribourg has just published 'Gender Discrimination under EU and ECHR Law: Never Shall the Twain Meet?' in the newest issue of the Human Rights Law Review (vol. 8, No. 4, 2008, pp. 647-682). Here is the abstract:

Gender discrimination is addressed differently under Article 14 ECHR and EU primary and secondary legal provisions. This is no wonder, since the role and scope of non-discrimination law in both legal orders are not the same, and since the scope of jurisdiction of the European Court of Human Rights and the European Court of Justice applying those provisions differ drastically as well. While this observation is not new, the potential discrepancy between the two non-discrimination regimes and the two Court's case law constitutes an increasing concern for national authorities and individuals in the 27 European Union (EU) Member States. As a result, gender discrimination is one of the many facets of the current human rights competition raging between the two European organisations, but also of the recent judicial attempts at minimising potential conflicts through mutual borrowings. The present article starts by identifying and comparing the role and scope, as well as the various material and procedural constitutive elements of the two regimes of non-discrimination on grounds of gender. The author argues for a greater systematisation of the two regimes before fruitful borrowings can take place or else the latter will jeopardise the overall coherence of the law on gender discrimination and the specificities in each of the two regimes. The article also argues that EU accession to the ECHR will not, as it is often argued, threaten the specificity of EU anti-discrimination law, but on the contrary enhance the complementarity between EU social law and European human rights law more generally.