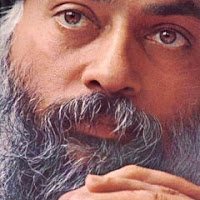 Government campaigns warning about religions. It might be a sensitive topic anywhere, but maybe especially so in Germany. The isse was at the core of a judgment decided by the Court last week: Leela Förderkreis e.V. and Others v. Germany. The applicants in the case complained about a government campaign started in 1979 to warn people about the dangers of ("psycho") sects who were, according to the authorities "destructive" and "manipulated their members".

In this case, the applicants were organisations of followers of Osho, earlier known as the Bhagwan movement, which has been active in Germany from the 1960s and 1970s onwards. They instituted proceedings against the government's campaign in 1984. Those lasted until 2002 when Germany's Constitutional Court forbade the use of the wording "destructive" and "manipulated their members", but also ruled that the authorities could inform the public with adequate information on the religious groups concerned.

The Helsinki Federation for Human Rights in Warszaw intervened as a third party, indicating that using the term "sects" by the authorities had a negative connotation and was defamatory.

The legal issues concerned two points. First, the length of the proceedings. The Court considered the period of 18 years to have been too long and found a violation of Article 6(1) ECHR. Even taking into account the German reunification at the beginning of the nineties (which Germany had brought into the discussion) the period was excessive. The European Court remarked that only a relatively small number of cases before the Constitutional Court concerned reunification and could not explain - let alone justify - the long time that the proceedings lasted.

The other point was the campaign itself. The Court first considered that the views of the Osho movement were of sufficient "cogency, seriousness, cohesion and importance" to be seen as a belief within the meaning of Article 9. Since it also accepted that the campaign "may have had negative consequences" for the applicants, the Court assumed that there had been an interference with the rights protected under Article 9. The Court then elaborately considered whether the interference was prescribed by law (in this case the Basic Law of Germany) and answered in the affirmative. Although that law was quite broad and general relating to the state's information duties, the Court accepted (para. 89) that:

[I]t can prove difficult to frame law with a high precision on matters such as providing information, where the relevant factors are in constant evolution in line with developments in society and in the means of communication, and tight regulation may not be appropriate. In these circumstances, the Court considers that the Government's information-imparting role did not require further legislative concretisation.

In doing so, it effectively gave the state a relatively large margin, although it also re-emphasized that the state should remain neutral in religious matters. In addition, the Court accepted that the interference served the legitimate aims of protecting public safety and public order and the protection of the rights of others. Finally, the Court concluded that the interference had been necessary. It noted that (paras. 98-99):

[T]he increasing number of new religious and ideological movements generated conflict and tension in German society, raising questions of general importance. The contested statements and the other material before the Court show that the German Government, by providing people in good time with explanations it considered useful at that time, was aiming to settle a burning public issue and attempting to warn citizens against phenomena it viewed as disturbing, for example, the appearance of numerous new religious movements and their attraction for young people. The public authorities wished to enable people, if necessary, to take care of themselves and not to land themselves or others in difficulties solely on account of lack of knowledge.

The Court takes the view that such a power of preventive intervention on the State's part is also consistent with the Contracting Parties' positive obligations under Article 1 of the Convention to secure the rights and freedoms of persons within their jurisdiction.

It held that the term "sects" was used at the material time for any "non-mainstream religion" even if it had a pejorative connotation. By five votes to two the Court found no violation.

The dissenting opinions of the Bulgarian and Macedonian judges strongly disagree. They indicate that the German authorities overstepped the boundaries of neutrality and treated non-mainstream religions differently from mainstream religions. In addition, they stress that at the relevant time there were no indications that the Osho movement harmed the population.

In this case, my opinion is that both sides have good arguments. In this sensitive area it is very difficult to strike the right tone. One may easily understand the danger of a government pointing out the "dangers" of some religions. On the other hand, one may also see the negative consequences of the activities of some groups. What might seems harmless now may not have seemed so three decades ago. It seems anyhow necessary for the state to base such decisions on solid ground rather than just on public discussion or fears.
Geplaatst door Antoine Buyse