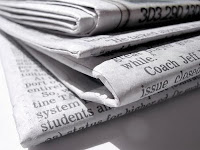 Just a short note today on two related cases of privacy violations by the media. Yesterday, the Court issued its judgments in Armonas v. Lithuania and Biriuk v. Lithuania. The leading Lithuanian newspaper, basing itself on hospital staff, published an article on its front page in 2001 stating that Mr Armonas and Ms Biriuk were HIV positive, describing the two as having illegitimate children and labelling Ms Biriuk as "notoriously promiscuous". The two applicants lived in a small village community. When both of them sued the newspaper on the national level, alleging violations of privacy, they won their cases and were awarded damages. They claimed in Strasbourg, however, that the height of the damages was derisory, and that this in practice protected the media against lawsuits relating to breaches of privacy. The Court found, in both cases, by six votes to one, that Article 8 ECHR (right to respect for privacy) had indeed been violated. The judgments devote a few notable remarks to the dangers of medical staff disclosing patient's personal medical information to third parties. It calls the matter an "outrageous abuse of press freedom". Interestingly, the Court notes as part of its argumentation that the legal ceiling on compensation for damages in Lithuania was changed soon after the events in question to a higher level.

In both cases judges Popovic and Tsotsoria disagreed with the majority on the amounts awarded for non-pecuniary damage(6,500 euros to each applicant), holding those to be excessive in the light of the balancing between the right to privacy and the right to freedom of expression. The Italian judge Zagrebelsky disagreed on the substantive point and argued in his dissenting opinion that Article 8 had not been violated. He basically argues, with good reasons, that the matter of how high the ceiling for damages is, generally falls - except for extreme cases - within a state's margin of appreciation. The Lithuanian judge did, by the way, vote with the majority on all points.