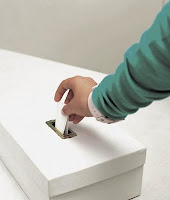 Voting is not just a contentious issue in Zimbabwe, as several European Court judgments of this week show. The Grand Chamber ruled on Tuesday in the case of Yumak & Sadak v. Turkey that a 10% threshold for parliamentary elections did not violate the Convention in the specific context of the case. Although the two applicants got a large percentage of the vote in one region in the 2002 parliamentary elections, their party did not receive sufficient votes throughout the country as a whole. As a results of those elections, only two out of eighteen participating parties won seats, making the new Assembly the least representative since the introduction of the multi-party system. With a reference to the margin of appreciation, the Grand Chamber, with thirteen votes to four, found no violation of Article 3 of the First Protocol (right to free elections). Notably, the Court did indicate that a 10% threshold would in general appear "excessive", but not in this particular case!

The case had been referred to the Grand Chamber at the request of the applicants, after a Chamber of the Court had found no violation (five votes against two) in its judgment of January 2007. Both judgments contain dissenting opinions. The hearing in the case before the Grand Chamber, held on 21 November 2007, can be watched here. For an elaborate analysis of the Turkish election system in the context of the ECHR, see the article of Ricardo Zimbron, 'The Unappreciated Margin: Turkish Electoral Politics Before the European Court of Human Rights' in the Harvard International Law Journal (vol. 49, 2007).

On the same day, a Chamber of the Court did find a violation of the right to vote in the case of Georgian Labour Party v. Georgia. The Court concluded that two electoral disctricts had been disenfranchised in a manner which was neither consistent nor transparent.
Geplaatst door Antoine Buyse