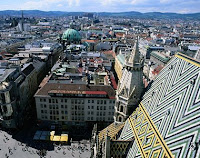 In one of its last judgments before the summer break, the Court found violations on several counts in a case lodged by the Austrian Religionsgemeinschaft der Zeugen Jehovas (Austrian Jehovah's Witnesses). The religious community applied for legal recognition as a religious society and asked to be granted legal personality in 1978. The requests were initally refused and only after long proceedings legal personality was granted in 1998 (twenty years after the initial application!). Recognition as a religious society was dismissed, however, and a ten-year qualifying period was imposed.

The applicants complained that their freedom of religion had been violated (Article 9 ECHR), that Austria had discriminated in dismissing their request for recognition (Article 9 in conjunction with Article 14), that the legal proceedings had taken longer than reasonable (Article 6) and that no effective remedy existed (Article 13). The Court found violations on all counts, except the last one. The finding of a violation of Article 6 was unanimous, but on the first two points the Court ruled six votes to one, with the Austrian judge being the dissenting voice (sic!).

Under Article 9 ECHR, the Court found that the period of 20 years of non-recognition after the initial request amounted to an interference. Although it was prescribed by law and pursued a legitimate aim, it was not necessary in a democratic society. The Court emphasized the importance of pluralism and held that the granting of legal status was not a sufficient form of compensation. The Court's assessment of the discrimination complaint focussed on the ten-year qualifying period and the importance of the state's neutrality in applying it. Since the applicants could show that Austria had recognised another, much newer church community, it did apparently not consider the ten-year period to be essential. Thus the difference in treatment (compared to other religious communities) had not been objective or reasonable.

The applicants were awarded 10,000 euros for non-pecuniary damage, but it is clear that executing the spirit of the judgment would entail legal recognition of the Austrian Jehovah's Witnesses as a religious society.

The judgment can be found here and the press release here.
Geplaatst door Antoine Buyse