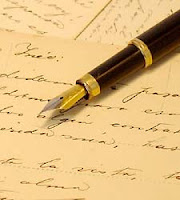 "Names are central elements of self-identification and self-definition." That is what the Court held in last week's judgment in the case of Daróczy v. Hungary.

The case concerned a widow who was forced to change her name. When she married, in 1950, the applicant adopted the female version of the name of her husband Tiborné Daróczy. The correct version, according to the law, should have included his middle name in her new name: Tibor Ipolyné Daróczy. However, on the marriage certificate and on many documents issued by the authorities in the following decades, the short version was used. That was also the version Ms Daróczy used to identify herself. Only in 2005 did the authorities issue an official certificate with the long version. Since this was different from the name she had used so far, she was for example unable to access her bank acocount. The authorities refused to recognise the short version. The European Court held that the state had not shown that using the short version would, in this case, prejudice the system of name registrations. The restrictions on her using her short name were unacceptably "rigid" according to the Court. Thus, it found a violation of Artcile 8 ECHR (right to privacy).

Towards the end of the judgment, under the assessment of damages, the Court indicated that Hungary "should take steps to rectify the applicant's personal situation and recognise in some official manner that she may retain her longstanding name of Tiborné Daróczy." Although this does not return in the concluding part of the judgment, it is another reflection of the recent trend in the Court's jurisprudence to indicate what states can do to specifically remedy the wrong done. In addition, the widow was awarded 3,500 euros for non-pecuniary damage.

For earlier cases on name laws, see e.g. Stjerna v. Finland (request to change surname refused by authorities; no violation of Article 8 ECHR) and Bijleveld v. the Netherlands (on last names of the applicant's children; declared inadmissible). Those cases clearly show that national authorities are given a lot of leeway in this field.