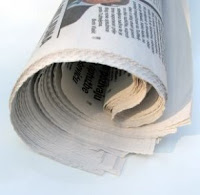 Today the Moldovan newspaper Flux for the first time lost a case before the European Court of Human Rights. The newspaper is famous among Strasbourg watchers. It instituted and won six earlier cases before the Court and each time a violation of Article 10 ECHR (freedom of expression) was found. Today's case is the seventh (somewhat confusingly called "No. 6", since one of the six earlier cases was initiated together with another applicant). In the earlier cases the newspaper had been convicted on the national level for publications which usually dealt with public scandals and misbehavior of public officials. Each time the Court found that the conviction or fine was not necessary in a democratic society and had thereby indirectly boosted the freedom of the press in Moldova. This time, Flux published an article on a school principal who had allegedly misappropriated school funds and had taken bribes. Flux had, however, failed to ask the principal for a reaction nor had it allowed him to publish a reaction. The Court, by a narrow margin of four against three, held that such behaviour by the newsspaper was irresponsible and found no violation of Article 10. I am curious to read the dissenting opinions!

The judgment is available here and here is the press release on all of today's judgments.
Geplaatst door Antoine Buyse