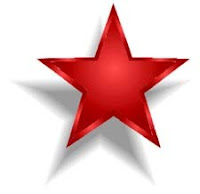 The symbol of the red star was at the core of a dispute on which the European Court of Human Rights decided yesterday. In its judgment in the case of Vajnai v. Hungary it found a violation of the freedom of expression (Art. 10 ECHR).

Attila Vajnai was the vice-president of the left-wing Workers'Party. In 2004 he was convicted - under a law prohibiting the displaying of totalitarian symbols in public - for wearing a red star on his jacket during a demonstration. The European Court held that the conviction was an interference with Vajnai's right to freedom of expression. Although the Court accepted that the conviction was provided by law and had the legitimate aim of the prevention of disorder and the protection of the rights of others, it concluded that the interference was not "necessary in a democratic society". Hungary referred to the dangers of Communism as a form of totalitarian government. The Court, however, considered that twenty years after the fall of Communism in Hungary there was no "real and present danger" of its restoration. The margin of appreciation for the state was small in this case, because the case concerned an expression of political speech. In a key passage (para. 52) on the red star, the Court held:

The Court is mindful of the fact that the well-known mass violations of human rights committed under Communism discredited the symbolic value of the red star. However, in the Court's view, it cannot be understood as representing exclusively Communist totalitarian rule, as the Government have implicitly conceded. It is clear that this star also still symbolises the international workers' movement, struggling for a fairer society, as well certain lawful political parties active in different Member States.

Thus the ban in the Hungarian law was too broad and indiscriminate. Vajnai had worn the star, morevoer, in a peaceful demonstration and his party had no totalitarian ambitions. Nor had Hungary shown that the use of the star had triggered any danger of disorder. There was therefor no "pressing social need" for the interference.

In a revealing obiter dictum (para. 57) the Court warned of the dangers of turning public feelings into law - a passage which may resurface more often in future judgments and is certainly is very relevant in many other topical situations in many European countries:

The Court is of course aware that the systematic terror applied to consolidate Communist rule in several countries, including Hungary, remains a serious scar in the mind and heart of Europe. It accepts that the display of a symbol which was ubiquitous during the reign of those regimes may create uneasiness amongst past victims and their relatives, who may rightly find such displays disrespectful. It nevertheless considers that such sentiments, however understandable, cannot alone set the limits of freedom of expression. Given the well-known assurances which the Republic of Hungary provided legally, morally and materially to the victims of Communism, such emotions cannot be regarded as rational fears. In the Court's view, a legal system which applies restrictions on human rights in order to satisfy the dictates of public feeling – real or imaginary – cannot be regarded as meeting the pressing social needs recognised in a democratic society, since that society must remain reasonable in its judgement. To hold otherwise would mean that freedom of speech and opinion is subjected to the heckler's veto.

The case also found its way to the European Court of Justice (ECJ). The Hungarian regional Court considered that EU law was possibly involved and asked the ECJ for a preliminary ruling on the question whether the criminal sanctions for using the symbols involved were discriminatory, since many other EU member states did not prohibit them. The ECJ, however, held in an order on 6 October 2006 (case C-328/04) that it had no jurisdiction since the question fell outside of the scope of Community law.

The press release in the ECHR-Vajnai case can be found here.
Geplaatst door Antoine Buyse